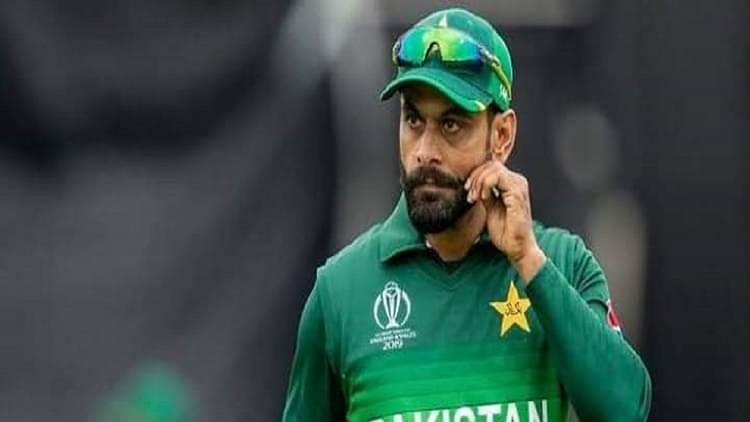 Mohammad Hafeez, who captained his national team in every format of the game, announced his retirement from international cricket on Monday.

Veteran Pakistan all-rounder Mohammad Hafeez, who captained his national team in every format of the game, announced his retirement from international cricket on Monday, saying that he achieved more than he could ever imagine during a career spanning nearly two decades.The 41-year-old top-order batter and off-spinner had announced his retirement from Test cricket in 2018.

Hafeez represented Pakistan in 392 international matches in which he scored 12,789 runs and took 253 wickets."Today I say good-bye to international cricket with pride and satisfaction. In fact, I have earned and accomplished more than I had initially envisaged and for that, I am thankful to all my fellow cricketers, captains, support staff and the Pakistan Cricket Board...," Hafeez said in a statement posted by the Pakistan Cricket Board (PCB).

He played 55 Tests, 218 ODIs and 119 T20Is for the country including three ICC ODI World Cups and six T20 World Cups."...of course, my family who made big sacrifices to ensure I achieved my aspirations of representing Pakistan at a global stage," said Hafeez.

His international debut came in an ODI against Zimbabwe in 2003 and his last match was Pakistan's defeat to Australia in the T20 World Cup semi-final last November."I am extremely fortunate, lucky and proud to have been considered worthy of donning the national kit with Pakistan emblem for 18 years."When you have a professional career as long as mine, you're bound to have your share of highs and lows, and I was no different.

"Results apart, I can say with conviction that I had more highs as I had the privilege of playing with and against some of the finest exponents of the bat and the ball of my era," Hafeez said.
During a successful career, he won 32 Player-of-the-Match awards, the fourth-highest among Pakistan players in all international cricket, with only Shahid Afridi (43), Wasim Akram (39) and Inzamam-ul-Haq (33) placed ahead of him.

Besides, Hafeez also earned nine Player-of-the-Series awards, which made him joint-second in the all-time list with Imran Khan, Inzamam and Waqar Younis.He was a member of the Pakistan side that won the ICC Champions Trophy 2017 in England and Wales.In the ICC player rankings, Hafeez achieved highest Test rankings of 22nd in batting, 29th in bowling and fifth in all-rounders.

In the ODI rankings, Hafeez's highest was a 13th place in March 2014, while he topped the bowling and all-rounder charts in August 2012 and January 2013, respectively.
Hafeez's rankings in T20I were equally impressive, peaking to ninth in batting in February 2007, third in bowling in August 2013 and number-one in all-rounders in March 2014.

He had initially said that the 2020 T20 World Cup would be his last assignment for Pakistan, but the tournament was pushed to 2021 because of the COVID-19 pandemic, and Hafeez ended up stretching his career to represent his team in the premier tournament.PCB chairman Ramiz Raja thanked the veteran for his service to the game.

"Hafeez has been a wholehearted cricketer who worked tirelessly at his game to have a long and fruitful career," Raja said."His game evolved with time, adjusting to different formats quite intelligently. Later in his career, he became a T20 specialist, where he was never out of touch with modern demands of this testing format. His batsmanship took a sprightly turn, nailing sixes almost at will.

"He has worn the green blazer with pride for which we at the PCB are thankful. I wish him best of luck for his future life and thank him again for his magnificent contribution to Pakistan cricket."Hafeez has signed up with Lahore Qalandars for the upcoming edition of the Pakistan Super League and will continue to be available for franchise cricket around the world.
Overall, Hafeez played in three 50-over World Cups, six T20 World Cups and three ICC Champions Trophy.