Stubble burning share in Delhi's pollution rises to 26%, the highest this year Featured 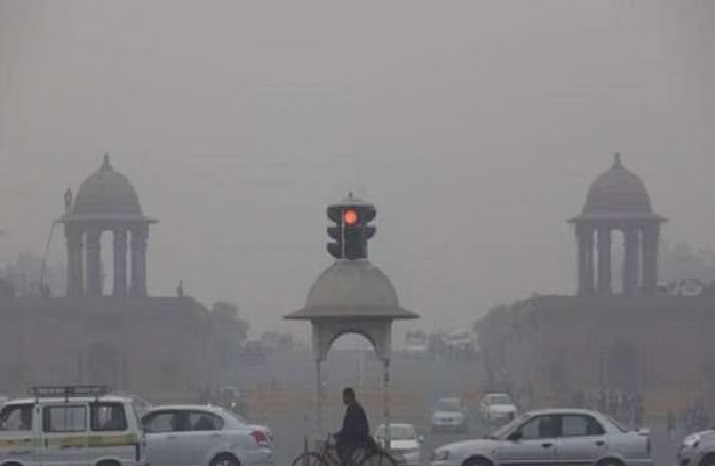 The share of stubble burning in Delhi PM 2.5 pollution rose to 26% on Sunday amid an increase in farm fires. Delhi forms 586 teams to ensure ban on construction, asks UP to stop diesel buses

The share of stubble burning in Delhi PM2.5 pollution rose to 26 per cent on Sunday, the highest this year so far, amid an increase in farm fires and favourable conditions for transport of emissions to Delhi-NCR.

On Saturday, farm fires accounted for 21 per cent of the PM2.5 pollution in the national capital.PM2.5 are fine particles that are 2.5 microns or less in diameter and can travel deep into the respiratory tract, reaching the lungs and entering the bloodstream.

The contribution of stubble burning to Delhi's PM2.5 pollution remained low (up to 7 per cent) till Friday due to a prolonged rain spell in early October and slow transport-level winds which were not strong enough to carry smoke from farm fires to the national capital.

The Indian Agricultural Research Institute (IARI) reported 1,761 farm fires in Punjab on Sunday, 1,898 on Saturday, 2,067 -- the highest so far this season -- on Friday and 1,111 on Thursday. It logged 112 and 43 cases of stubble burning in Haryana and Uttar Pradesh, respectively, on Sunday.The Commission for Air Quality Management had on Thursday said the increased incidents of stubble burning in Punjab this year "is a matter of serious concern".

According to satellite remote sensing data, up to October 24, only about 39 per cent of the sown area in Punjab had been harvested and thus the rising number of fire events was an alarming situation, it said.Along with unfavourable meteorological conditions, paddy straw burning in adjoining states is a major reason behind the alarming spike in air pollution levels in the national capital in October and November.

Farmers set their fields on fire to quickly clear off the crop residue before cultivating wheat and vegetables.According to the Indian Agricultural Research Institute, Punjab reported 71,304 farm fires between September 15 and November 30 last year and 83,002 farm fires in the corresponding period in 2020.Last year, the share of farm fires in Delhi's PM 2.5 pollution peaked to 48 per cent on November 7.

Environment Minister Gopal Rai on Sunday said the Delhi government has set up 586 teams to ensure strict implementation of the ban on construction and demolition activities in the capital in view of worsening air quality.Rai also requested the Uttar Pradesh government to use CNG buses in the national capital region, saying diesel-run buses have a big role in high pollution levels at the Delhi-UP border.

Addressing a press conference, Rai said experts have forecast that wind speed and direction will become unfavourable from November 1 which will push the air quality index into the 'severe' category.

Therefore, the Commission for Air Quality Management (CAQM) has directed authorities in NCR to implement curbs, including a ban on construction and demolition activities, under stage three of the Graded Response Plan Action, he said.

"We held a meeting with all construction agencies in the capital and government departments concerned, including PWD, MCD, Railways, DDA, Delhi Pollution Control Committee. We have decided to implement the ban on construction and demolition (C&D) activities in the city," Rai said.

The government has prepared a strong monitoring system to ensure compliance of the directions. It has set up 586 teams comprising officials of different departments, he said.These teams will monitor the implementation of the ban on C&D activities.

Rai also said Anand Vihar and Vivek Vihar have been reporting high pollution levels continuously which could be due to construction work related to Regional Rapid Transit System (RRTS).

"Therefore, we have directed the user agency to strictly follow the dust pollution control norms. The government has deployed 15 anti-smog guns in those areas in addition to seven water sprinklers of the Municipal Corporation of Delhi," he said.

"Diesel-run buses have an important role in high pollution levels at the Delhi-UP border. We request the UP government to run CNG buses in the NCR districts at least. This will help bring down air pollution," he said.Rai said the government will also deploy fire tenders to sprinkle water at pollution hotspots.There are 521 water sprinklers, 223 anti-smog guns and 150 mobile anti-smog guns operational in Delhi at present, he said.

Under stage III, the authorities have been asked to enforce a strict ban on construction and demolition activities in the NCR, except for essential projects and non-polluting activities such as plumbing, carpentry, interior decoration and electrical works.

The restrictions on C&D activities will not be applicable on essential projects concerning national security, defence, railways and metro rail among others.The ban on construction and demolition activities covers earthwork for excavation, boring and drilling; fabrication and welding operations; loading and unloading of construction material; transfer of raw material, including fly ash, either manually or through conveyor belts and vehicular movement on unpaved roads.

Brick kilns, hot mix plants and stone crushers not operating on clean fuels, and mining and associated activities in the NCR have also been banned.The NCR authorities have also been asked to close down industries not running on approved fuels in industrial areas having PNG infrastructure and supply.In industrial areas not having PNG infrastructure and supply, industries not using approved fuels can operate only for five days a week. More in this category: « In Viral Video, Karnataka Minister Seen 'Slapping' Woman A Yatra in the time of angry anchors »