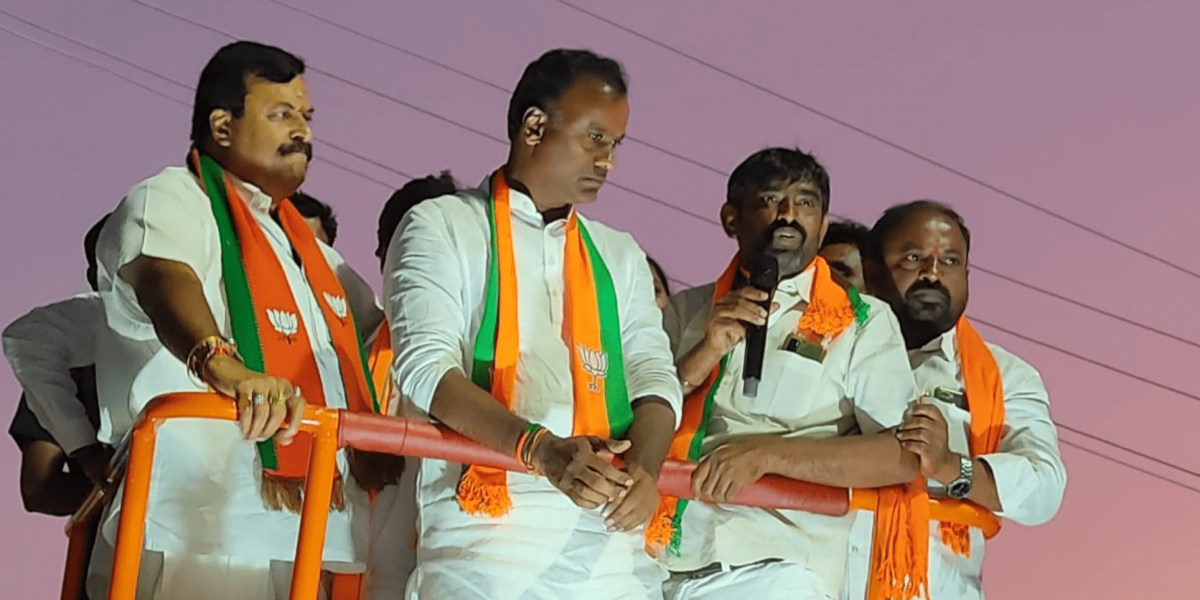 In a letter to K. Rajagopal Reddy, the poll panel also asked him to ensure that the Rs 5. 24 crore in question is not used to induce voters.

New Delhi: Ahead of the November 3 Munugode assembly bypoll, the Election Commission Sunday asked BJP candidate K Rajagopal Reddy to explain the transfer of over Rs 5 crore from his family-owned firm’s account to 23 people and entities within the constituency.

In a letter to Reddy, the poll panel has also asked him to ensure that the Rs 5. 24 crore in question is not used to induce voters.Reddy has been asked to explain the fund transactions by 4 pm on October 31. The decision to seek clarification from Reddy was taken at a meeting chaired by Chief Election Commissioner Rajiv Kumar.

The TRS had approached the poll panel over the transactions. It had alleged that the amount was meant to induce voters by withdrawing cash from these transferee accounts.“As a transferee, if done by you or under your direction by a family-owned company as alleged, it is a duty cast on you to ensure that this fund transferred to different 23 bank accounts are not used for voter inducement, as alleged, which is a corrupt practice,” the EC letter said.

The poll panel also reminded the BJP candidate of the provisions of the model code relating to corrupt practices during campaigning.“You are directed to clarify the position and status covering all aspects as mentioned in the representation about the alleged transaction purported to be done to induce voters in Munugode AC, on or before 31 October 31, 4:00 pm to enable the commission to take appropriate decision,” the letter read.

The bypolls, to held on November 3, have seen its fair share of drama and claims of incentive transfer in the past few days. They were necessitated by Congress MLA Komatireddy Raj Gopal Reddy’s move to BJP.On October 27, The Hindu reported that former MLA from Congress Gone Prakash Rao has requested the Election Commission to cancel the by-election citing the splurge of money by parties across the board. Rao had termed it “vulgar and obscene”.