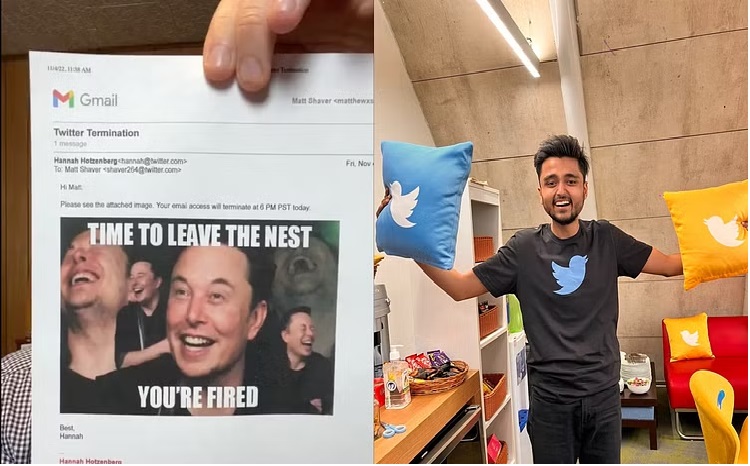 A meme with pictures of the smiling new owner of Twitter was sent to employees between 3 and 4 am. It read: Time to leave the nest. You are fired.

Musk tweeted that there was no option but to let the staff go as the company was bleeding US 4 million dollars a day. Every employee fired, he claimed, had been given three months of severance pay which, he added, was 50 per cent more than required.

Musk also blamed activists in the United States who had pressurised advertisers to stay away from Twitter for its failure to moderate content ahead of a crucial mid-term Congressional election in the US next week for the US Senate and the House of Representatives. There had been a massive drop in revenue, said Musk, who took over Twitter last week.

The company, agencies reported, was silent about the depth of the cuts until late on Friday, when head of safety and integrity Yoel Roth tweeted confirmation of  plans to lay-off about 3,700 people, or 50% of the staff.

00:Tweets by staff of the social media company said teams responsible for communications, content curation, human rights and machine learning ethics were among those affected, as were some product and engineering teams. Among those let go were 784 employees from the company's San Francisco headquarters and 199 in San Jose and Los Angeles.

While a section of employees are planning to challenge the lay offs in court, others took to social media to express their outrage at the manner of their dismissal. Others expressed their solidarity with colleagues.

At least one employee tweeted that she has been retained but she felt like ‘vomitting’.


Elon Musk fired the entire team that identified that the Twitter algorithm amplifies right-wing voices over others.

Not the first time we have seen staff — particularly Black employees — punished for flagging how their company's products enable & amplify racism. #TwitterLayoffs

As usual, the right wing isn’t fighting for fairness. They’re fighting to rig the rules in their own favor. That's what Twitter used to give them — and still does — by amplifying their content more than others.

Pls do us all favor and finally pic.twitter.com/Iwfh4kbqZs