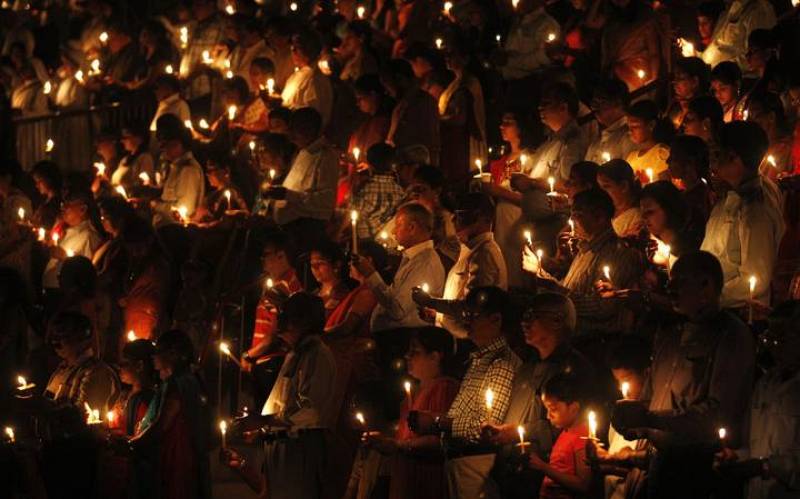 Experts say the government’s stand is selective and erases the lived reality of the Dalit Christians and Dalit Muslims in the country.

Mumbai: Despite having set up a three-member Commission of Inquiry, headed by the former Chief Justice of India K. G. Balakrishnan, to determine whether or not the Dalit communities among Muslims and Christians can be included in the SC list, the Union government is in a hurry to deny them the status.

Experts say the government’s stand is selective and erases the lived reality of the Dalit Christians and Dalit Muslims in the country.

In the affidavit, the Union government has claimed that “the dispensation in case of Sikhs and Buddhists cannot be cited as a precedent for a similar treatment of SC converts to Christianity”. As a defence for Buddhism, the government cites the October 15, 1956 mass religious conversion that took place in Nagpur’s Deekshabhoomi, on a call by Dr B.R. Ambedkar. Christians and Muslims can’t use the same premise, the government says, as they “might have converted on account of other factors, since the process of conversions has taken place over the centuries”.

This, according to Vincent Manoharan, rights advocate and the head of National Dalit Christian Watch, is a problematic stand. He reiterates that “it is a well-settled principle and formula that the SC status is awarded to those who are socially and educationally marginalised”. In other words, he says, “This privilege is given to those who undergo the stigma of untouchability owing to the caste system.”

Until 1950, religion was not considered an eligibility criterion for grouping communities that suffered untouchability. Manoharan points out that only in the President Order of 1950, paragraph 3 mentions the exclusion of faiths other than Hinduism. “Interestingly, they excluded both Sikhs and Buddhists in 1950 and later they included them in 1956 and 1990 respectively,” he adds. Manoharan raises an important point here. He says that during these inclusions, the government had used the reality of caste-based discrimination as the deciding factor. “Religion was not the basis for this decision,” he points out.

In the affidavit, the government claims that there is no comprehensive documentation to establish “that the disabilities and handicap suffered by the SC members in the social order of its origin (Hinduism) persists with their oppressive sensitivity in the environment of Christianity/ Islam”. For such a claim, the government has relied on just the ‘National Commission for Religious and Linguistic Minorities report’, more commonly known as the Ranganath Mishra commission report, which it says could not corroborate the actual situation on the ground “since no study was done”.

What the affidavit conveniently leaves out, however, is the “plethora of reports commissioned by both the central and state governments – (Rajinder) Sachar, (Satish) Deshpande, (Kaka) Kalelkar, (B.P) Mandal, Mungeri Lal, etc – which use National Sample Survey Organisation (NSSO) data or are based on extensive consultation and field studies to insist on the persistence of caste among Muslim and Christian communities, including untouchability,” Shireen Azam points out. Azam, a PhD researcher at Oxford University and former editor of Economic and Political Weekly’s ‘Engage’, is conducting doctoral research on ‘invisibilisation of caste in Muslims’.

Deshpande’s report ‘Dalits in the Muslim and Christian Communities- A Status Report on Current Social Scientific Knowledge’ prepared for the National Commission for Minorities Government of India had concluded that, “According due statutory recognition to Dalit Muslims and Dalit Christians would not only right a wrong, it would also remove an indefensible anomaly in our politico-legal system that can legitimately be construed as discriminatory. Whether or not such discrimination can be proven in a court of law, it will surely weigh on the conscience of every fair-minded Indian.”

Azam also contests the arguments made by the Union government and calls them “patently untrue”. “Even a cursory look at the appendix of the report that Professor Satish Deshpande submitted to the Minority Commission in 2008 would have led the government to a long bibliography – pages and pages of ethnographic and sociological work – and saved them this embarrassment of claiming something doesn’t exist because they couldn’t bother to perform a Google search,” she says, criticising the stand taken by the government in the apex court.

According to the government, the benefits extended to the Other Backward Classes and the several minority welfare schemes should be enough for Dalit castes among Christians and Muslims too. Manoharan, like Azam, points to the existence of many documents filed in the Supreme Court “to prove that Dalits among the two religions face discrimination in the name of caste within their religion and also in the larger society”. “And there ends our argument and the legitimate demand,” he sums up. The government’s argument, he argues, doesn’t conform with articles of the Indian Constitution and also the principles and guidelines of United Nation-based charters and treaties.

The government has also taken the ‘foreign religion” route to undermine the claims of discrimination made by the Scheduled Caste converts among Muslims and Christians. To support this claim, the affidavit refers to the claims made in the Report of the National Commission for Religious and Linguistic Minorities (NCRLM) that “both Christianity and Islam are historically foreign religions and thereby do not recognise caste system as done in Hinduism”.

Manoharan, to this, says, “Christianity and Islam are only 2,000 years and 600 years old respectively in India. …But caste is in practice for more than 3,000 years and no ethnic community is freed from this obnoxious reality. Religions – whether it is Christianity, or Islam, or Sikhism or Buddhism – don’t have the essence to eliminate caste or untouchability which is the base for gaining this SC status.”

The government has taken a radically opposite stand while pushing for the Economic Weaker Section (EWS) reservation, which exclusively caters to the savarna or ‘upper’ castes. Azam says. “[It] is amusing that the same government which has introduced something like the EWS – which undermines the centrality of caste among Indians and Hindus – has argued so vehemently for the opposite in this response. In its attempt to ensure that Dalit Muslims and Dalit Christians do not get rights as Scheduled Castes, the government has ended up arguing for caste and untouchability being central to Hinduism, and even that conversion helps emancipate from caste oppression.”