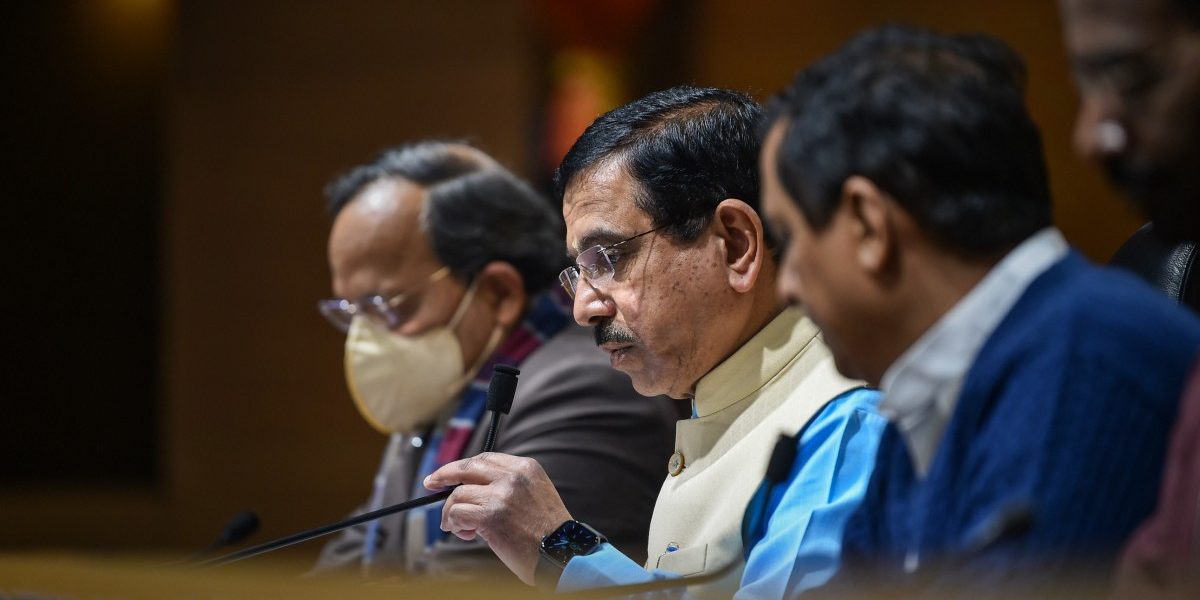 Dehradun: After dilly-dallying for days, the Bharatiya Janata Party announced its first list of 59 candidates for the Uttarakhand assembly elections. The list did not name former chief minister Trivendra Singh Rawat. Former chief minister General (retired) B.C. Khanduri’s daughter Ritu Khanduri was one of the 10 MLAs who appear to have been dropped from the candidate’s list.

Ahead of the announcement of the first list of the candidates, Rawat had on January 18 written to BJP national president J.P. Nadda about his wish to not contest from the Doiwala constituency.

The Wire had earlier reported about how the BJP in Uttarakhand is battling anti-incumbency and has decided to not give tickets to over a dozen of sitting MLAs.

Newbies got tickets of their choice

Another facet of the BJP list is that all the new inductees who joined the BJP like Pritam Pawar, former Congress leaders Durgeshwar Lal, Sarita Arya and Ram Singh Kaira, have been given tickets of their choice. Pawar has been given a ticket from Dhanolti, Lal from Purola, Arya from Nainital and Kaira from Bhimtal.

On being asked why ten MLAs including a former chief minister were not given tickets, BJP spokesperson Prabhakar Uniyal told The Wire that it was part of the election strategy.

Without naming anyone, Uniyal added that the BJP had taken the decision on the basis of ground-level feedback before taking a final call on the candidates.

“In elections, for all political parties, the winnability factor of a candidate is the sole criteria for his or her selection. We have given tickets to new candidates in many seats and also repeated many of our old leaders,” said Uniyal.

The BJP list reveals that to minimise the effects of anti-incumbency against Trivendra Singh Rawat’s tenure as chief minister, the party wants to keep him away from the elections. It is also possible that Rawat will be asked to keep a low-profile and might not be roped in for campaigning.

The second bigger picture that emerges from the BJP list is the sense of panic highlighted by the way new faces have been hand-picked in many seats. Social activist Udit Ghildyal said, “The election of 2017 was unprecedented; many BJP candidates had won not on their merits but due to the Modi wave. In 2022, not giving a ticket to the sitting MLAs clearly means that the party knows they had no merit or connection with voters.”

“The third takeaway,” he continued, “is that the BJP wants to make use of the emotional card in certain seats. In Pithoragarh, late Prakash Pant’s wife Chandra has been given a ticket. In Dehradun cantonment constituency, Savita Kapoor, widow of Harbans Kapoor who died last year, got the ticket and Mahesh Jeena, brother of Surinder Singh Jeena who had died due to COVID-19 last year, has been given ticket from Salt constituency.”

The BJP list of candidates has a few surprises. Khanpur MLA Kunwar Pranav Singh Champion, who is infamous for his ‘gun dance‘, has not been ignored and his wife, Kuwar Rani Devyani, has been given the ticket from the Khanpur constituency.

The wife of sitting MLA Vikas Nagar, Munna Singh Chauhan, has not been given the ticket from Chakrata; instead Ram Sharan Nautiyal (father of Bollywood singer Jubin Nautiyal) has got it.

The choice of new faces has caused heartburn among the probable candidates in the Kumaon and Garhwal regions. In Kumaon, choosing Suresh Gadiya for the Kapkot seat has left sitting MLA Balwant Singh Bhoriyal sulking. In Yamkeshwar, ignoring Ritu Khanduri might cost the BJP, as the new face – Renu Bisht – is likely to find the election tough.

There are still 11 constituencies including several hot seats like Doiwala and Kotdwar where the BJP appears to be having a hard time finding winning candidates. The BJP top brass in Uttarakhand is sweating it out on the second list, which would include many hot seats for the 2022 election battle.

Reacting to the BJP list of candidates, the Congress spokesperson said, “BJP has no courage to give former CM Trivendra Singh Rawat and nine more MLAs including Ritu Khanduri tickets. This has established, beyond any doubt, that in the BJP’s double-engine government, ten MLA and a CM had poorly performed in the last five years. The BJP cannot fool Uttarakhand voters by the gimmick of changing faces of candidates.”

Senior journalist Pawan Lalchand said, “Finding a winning candidate in the hot seats, like former CM Rawat’s Doiwala constituency and the Kotdwar seat (Harak Singh Rawat, expelled from the BJP, used to represent it), is a difficult task for the BJP.”

He added that in case Harak Singh Rawat manages to stage a comeback in the Congress, finding a winning candidate against him would not be easy. “In my opinion the second list will be announced very soon because there is not much time left, candidates also need time to get into election mode,” said Lalchand.