R.P.N. Singh's Congress Exit Is More of a Risk for Him Than it Is for the Party Featured 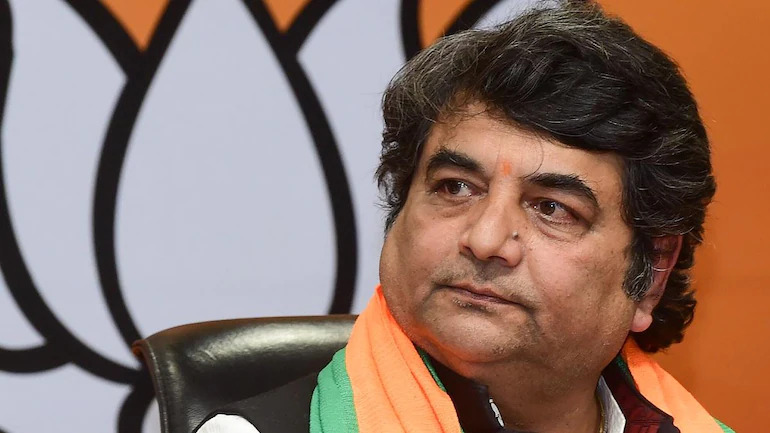 The announcement of Singh's exit from the party was met with celebrations within the party's Jharkhand cadres, with some leaders alleging that he had been "plotting" to replace the state's Congress government with a BJP one.

Congress functionary R.P.N Singh’s exit is being likened to those of Jyotiraditya Scindia, Jitin Prasada and other “GenNext” leaders who once constituted Rahul Gandhi’s coterie and whom the former Congress president had promoted in lieu of the ‘old guard’.

In this context, this switch-over of the high-profile All India Congress Committee’s (AICC) Jharkhand in-charge and scion of Padrauna’s royal Kshatriya Sainthwar family to the Bharatiya Janata Party (BJP) just two weeks ahead of the Uttar Pradesh assembly polls is being interpreted as a “big blow” to the Congress in the election-bound state.

But the manner in which Singh – a Doon School alumnus and former minister of state for home in the Manmohan Singh administration – crossed the over to the BJP and the reaction of Congress leaders as well as ground-level workers at large indicate more of a risk for Singh than for the Congress.

Singh’s decision to join the BJP has brought some notional respite for the saffron party from the large-scale exodus of over a dozen lower-OBC ministers and legislators to the Samajwadi Party (SP) it has witnessed in the state.

“In terms of his educational career and family lineage, R.P.N Singh might look high-profile; he might draw more media attention, too, because of his pedigree. But he is nowhere when it comes to connecting with the poor, struggling and suffering masses,” said veteran journalist Jaishankar Gupta.

Gupta is a resident of UP’s Mau district and has covered politics and society for about 40 years.

‘Plotting’ against the Congress

Moreover, Singh’s exit had brought about a sense of glee and relief among Jharkhand Congress leaders, many of whom burst crackers and spontaneously broke into celebration when the news of his exit came in.Many Jharkhand Congress leaders believed that Singh was “plotting” to break up the party and pave the way for the BJP to replace the Hemant Soren-led Mukti Morcha-Congress-RJD government in the state.

Soon after Singh exited the Congress, the party’s Barkagaon MLA Amba Prasad said, “He was working for the BJP in Jharkhand. He was trying to break the party to form a BJP government. He was party to the dirty game that the BJP played in Madhya Pradesh, Karnataka, Goa and Northeastern states.”

Prasad’s allegations are not the only ones. MLAs from senior Congress leader Subodh Kant Sahay’s faction concurred with Prasad’s assessment.In fact, Rasheed Kidwai, a senior journalist and expert on Congress politics, in one of his columns from June, 2021, had indicated that Singh might switch over to the BJP.

“The Congress has 18 MLAs in the Jharkhand house. He (Singh) had got about eight MLAs in his confidence, but was unable to succeed in getting the 12 MLAs required to split the party. And the BJP, which has 25 MLAs, including Babulal Marandi, as well as the support of some independents, require exactly 12 MLAs to replace Hemant Soren,” a senior Congress leader revealed.

Even the BJP’s strategists in UP know that Singh has little use in terms of garnering votes for the party. His Sainthwar caste is a variant of the Kurmis or Patels – an upper-OBC. The BJP already has its support base among the Kurmi-Patels because of its alliance with Anupriya Patel’s Apna Dal, which enjoys more clout among the people of this caste in the Kushinagar, Gorakhpur, Varanasi, Deoria, Mirzapur and Mau districts of eastern UP.

In a way, Singh will be more dependent on the BJP’s core vote-base of upper-caste Thakurs, Brahmins and other business communities. Reports have it that the BJP will field him against SP candidate Swami Prasad Maurya – a lower-OBC leader who is supposed to get the Yadav and Muslim vote, besides those of the Mauryas, Kashyaps, Kushwahas, Rajbhars, Nonias, Gonds, Sainis and others.

BJP sources said that Singh was more interested in national politics and that he might be looking for a Rajya Sabha entry-point in the long run. But for that, he first has to cross the rubicon of Padrauna and his new party will have to win the elections.

If the BJP wins and Adityanath retains power, Singh might become a minister, like Prasada. But if the BJP loses, he will be nowhere.

“Na hhuda hi mila na vishal-e sanam; na idhar ke rahe na udhar ke rahe (He got neither God nor opulence; he will be on neither this side nor that). Singh will fit the message of this verse in the event of a BJP defeat,”, Gupta said.

Prasada and Scindia had made their moves early. While Scindia is currently a Union minister in the Modi administration, Prasada is a minister in the Adityanath government. A BJP defeat at this point wouldn’t make much difference to either’s career.

Sources close to Singh say that he was unhappy with the Congress for ignoring his supporters while distributing tickets. This might also be because of AICC general-secretary and UP in-charge Priyanka Gandhi’s ushering in of a ‘novel’ politics in the state. Gandhi is on her way to fielding 40% women candidates in UP and has been selecting candidates who are ordinary people and have borne the brunt of Adityanath’s dictatorial oppression and mistreatment.

Her candidates include rape survivors, victims of brutality and humiliation by the UP police and others who have struggled against tyranny in the state. Gandhi is, apparently, using this election to create cadres and new leadership in the state in which her party is facing an existential crisis. Thus, she might have ignored the “wishes” of Singh and some other entrenched Congress leaders  who are involved more in lobbying at the higher level of party leadership than focussing on ground realities.

Reacting to Singh’s exit, the Congress said, “It is not for the cowards to live in the Congress which is fighting an ideological battle against the BJP”. It is hard to tell how the Congress will fare in the upcoming electoral battles but what is visible on the ground is that Gandhi is conducting bold experiments and working relentlessly to produce leadership from within those on the periphery of society.

More in this category: « Second List of 41 party candidates for the Legislative Assembly of UP People in Western UP have foiled attempts to ignite communal passion till now »