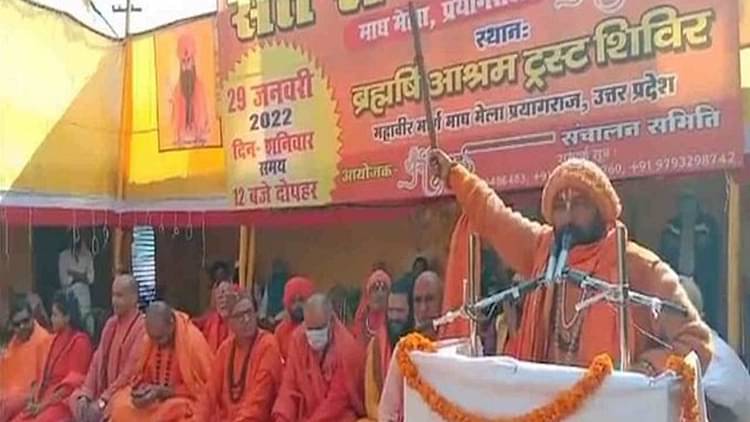 Several attempts have been made this week to rouse communal passion in Western Uttar Pradesh. Luckily, people have acted with restraint till now.

Not one but several incidents have been reported from Western Uttar Pradesh with potential to trigger communal clashes. While violence has been averted till now, only time will tell if they have succeeded in polarizing voters on communal lines. The shooting incident at the car of Asaduddin Owaisi is just one such incident.

While Home Minister Amit Shah, chief minister of UP and other BJP leaders have been harping on Kairana and Muzaffarnagar, reminding voters of communal riots and how their womenfolk were not safe before BJP was voted to power, they seem to have done little to douse communal passions. People of both communities have shown however remarkable restraint till now.

Provocations have been there in plenty. Permission for the Dharam Sansad at Prayagraj (Allahabad), even after the controversial conclave at Haridwar, couldn’t have been given without official blessings. The Election Commission appeared oblivious to the rant emanating from Prayagraj or to the innuendo that the election was between 80 percent on one side and 20 percent on the other, articulated by Yogi Adityanath.

On February 1, a young boy was killed at Sardhana in Western UP. Luckily, local residents intervened immediately, pointed fingers at culprits belonging to both the communities and the motive quickly attributed to a ‘love affair’. The prompt intervention by elders from both communities prevented the situation from getting out of hand.

A day later on February 3, idols in a temple at Adampur village in Shahpur area of Muzaffarnagar were found to have been vandalized. Tension rose and Union minister Sanjeev Balyan rushed to the spot. Once again good sense prevailed and people brought the situation under control.

On February 4, police booked the SP-RLD candidate from Bijnor and his supporters for allegedly raising anti-national slogans. BJP’s IT Cell and the police insisted that the candidate’s supporters had raised ‘Pakistan Zindabad’ slogans. TV channels promptly amplified the charge.

The candidate Neeraj Chaudhary explained, “I had gone to the house of Adib Ansari, a local leader. People started shouting Adib Bhai Zindabad but the BJP IT Cell, police and the media started twisting it to “Pakistan Zindabad”. Despite his clarification, police booked him under various sections including section 24-A (sedition), 35A (insulting the religious sentiments), and 33A (inciting enmity between two groups) of IPC.

Praveen Ranjan Singh, the Additional SP claimed, “Dr. Neeraj was violating Covid restrictions and his supporters shouted Pakistan Zindabad”. But why would such slogans be raised in a constituency with a history of communal violence and ruin the candidate’s election prospects? There is no explanation either how the slogan “Adib Bhai Zindabad” could have hurt religious sentiments of a community”.

Last month on January 22, people of Lundhi village in Rampur Maniharan area of Saharanpur district too found idols in a temple damaged. Once again tempers had frayed but people managed to bring the situation under control.

Following the shooting at Owaisi’s car, at a toll plaza with both CCTV cameras and security, police were prompt in arresting one Sachin Gurjar, resident of Badalpur in Ghaziabad district and another miscreant identified as Shubham. They claimed they were outraged at Owaisi speaking against a community and that there was an impulsive act. No question has been asked about their antecedents, the firearms used by them and how or when they procured them.

Once again people seem to have reacted with a great degree of maturity and restraint. A consensus seems to be emerging that such incidents are politically motivated and designed to influence the assembly election. There is also a clamour that action against the culprits should be swift and they need to be treated as pariahs by the community.

For the time being, people are keeping their fingers crossed even as they are convinced that more attempts will be made to muddy the water before the region votes on Thursday, February 10 next week.

More in this category: « R.P.N. Singh's Congress Exit Is More of a Risk for Him Than it Is for the Party Priyanka Gandhi slams Nirmala Sitharaman for 'UP-type' remark »