Battle for UP: All set for 2nd phase polling on Monday Featured 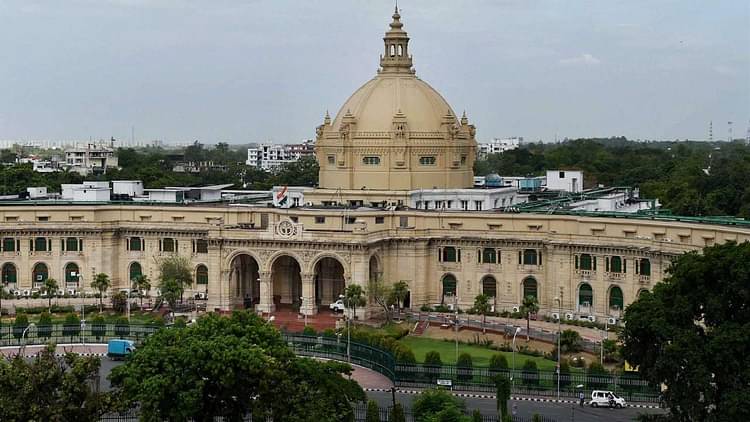 Uttar Pradesh is geared up for the second phase of polling that will take place on Monday when votes are cast in 55 Assembly seats, spread across nine districts.

Uttar Pradesh is geared up for the second phase of polling that will take place on Monday when votes are cast in 55 Assembly seats, spread across nine districts.Apart from extra vigil by the central forces and police, round-the-clock watch will be kept on social media.Special focus would be on eight sensitive constituencies in Bijnor, Sambhal and Saharanpur.

A constituency is declared 'sensitive' if there is pronounced rivalry between political parties, presence of criminals, communal and caste tensions.The sensitive constituencies in Bijnor are Nagina, reserved for SC, Dhampur, and Bijnor. The focus will be on Deoband, Rampur Maniharan and Gangoh constituencies in Saharanpur and Sambhal and Asmoli in Sambhal.

Additional DG, law and order, Prashant Kumar, said extra force will be deployed at all the polling booths in the eight constituencies, while the social media cell will keep a tab on fake information and inflammatory posts.The ADG further said, "The C-Plan smartphone application will also be used to keep a tab on anti-social elements by linking 10 select people of each village with the DGP control room."

The high-decibel campaigning for 55 Uttar Pradesh Assembly seats, which are going to the polls in the second of the seven-phase election on February 14, came to an end on Saturday evening as senior leaders made a last-minute campaign for their party candidates.There are 586 candidates in the fray in this phase with the seats spread across nine districts of Saharanpur, Bijnor, Moradabad, Sambhal, Rampur, Amroha, Badaun, Bareilly and Shahjahanpur.

The areas going to polls in this phase have a sizeable Muslim population influenced by religious leaders of the Barelvi and Deoband sects. These areas are considered to be the strongholds of the Samajwadi Party.

Of the 55 seats going to polls in this phase, the BJP had won 38 in 2017, while the Samajwadi Party had bagged 13 and the Congress and BSP two each. The SP and the Congress had contested the last assembly election in an alliance.

Of the 15 seats won by the SP, Muslim candidates emerged victorious in 10.The prominent faces in the fray in this phase include senior Samajwadi Party leader Mohammad Azam Khan, Dharam Singh Saini, the BJP minister who switched to SP after the polls were declared, and UP Finance Minister Suresh Khanna.

Mohd Azam Khan has been fielded from his stronghold Rampur seat and is contesting polls from behind the bars.

His son Abdullah Azam has been fielded from the Suar seat. He has been pitted against Haider Ali Khan, the heir of another political family, the Nawabs of Rampur, who is trying his luck on the ticket of Apna Dal Sonelal, a BJP ally. Haider Ali Khan is the grandson of former MP Noor Bano.

Suresh Khanna has been fielded from Shahjahanpur, while Dharam Singh Saini is trying his luck from the Nakud assembly segment.

Other ministers in the fray are Baldev Singh Aulakh from Bilaspur, Mahesh Chandra Gupta from Badaun and Gulab Devi from Chandausi.

The former mayor of Bareilly, Supriya Aron, is contesting from Bareilly Cantonment after joining the Samajwadi Party.

The BJP, Samajwadi Party, Congress and the BSP have campaigned aggressively in this phase, hurling allegations at each other.

More in this category: « BJP Wants to Entangle People in Caste, Religion So They Don't Raise Crop Price Issues Bhagwat quotes IB report to say BJP has done badly in UP polls; asks cadre to galvanise for remaining phases »