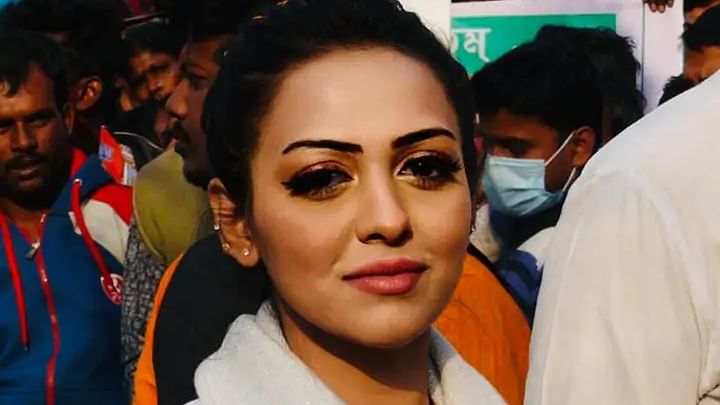 Pamela Goswami, BJYM secretary in West Bengal and arrested for possessing100 grams of cocaine, says she was framed by the aide of the BJP general secretary in charge of West Bengal.

BJP's West Bengal state secretary of the youth-wing Pamela Goswami on Saturday named BJP leader Kailash Vijayvargiya and his aide Rakesh Singh—accusing the latter of getting her framed in the drugs case. She demanded the arrest of Rakesh Singh and sought a CID probe into the matter.

"I want a CID investigation and Rakesh Singh, the aide of Kailash Vijayvargiya, should be arrested. This is his conspiracy," Goswami told reporters.She made the explosive claim before the media while being produced before the court. She along with a friend and a private security guard had been arrested on Friday for allegedly having 90 gms of Cocaine valued at Rs 10 lakh. Police had claimed to have acted on a tip-off and alleged that she was engaged in drug smuggling for a long time.

The substance was found in pouches in her bag and on the seat of the Honda car in which the trio were travelling, the police had said. She was arrested along with a friend, Pradip Kumar Dey, and her personal security guard from south Kolkata's New Alipore area.The punishment for carrying up to 100g of cocaine, under the Narcotic Drugs and Psychotropic Substances Act, can vary from six months to 10 years in jail. Carrying more than 100g of cocaine invites a jail term varying between 10 and 20 years.

Senior officers in the narcotics department said one gram of cocaine is enough for an individual to snort and it was rare for a person to procure 90g at a time for personal use.“It is extremely expensive and not many can afford such a large quantity at a time,” said an officer of the narcotics department.Rakesh Singh and other BJP leaders on Saturday claimed that Goswami had been brainwashed and that the substance might have been planted by the police. News outlets also quoted Rakesh Singh as claiming that he had not been in touch with Goswami for the last one and a half years.

Significantly, Goswami apparently joined BJP in 2019 and BJP general secretary Vijayvargia is in charge of the West Bengal election.Goswami is relatively unknown in Kolkata although she claims to have done modelling and acted on TV. The 23-year-old claims to have studied Business Administration and says she was an airhostess with an airline before launching her own business.For a definitive test, a sample of the seized material has been sent to the forensic laboratory.

More in this category: « Puja on the cricket pitch is fine but namaz in dressing room is unwelcome? Farmers’ protests holds key to India’s future »