The Times 50 Most Desirable Women 2019 list is India’s pick of the most gorgeous women. Featured 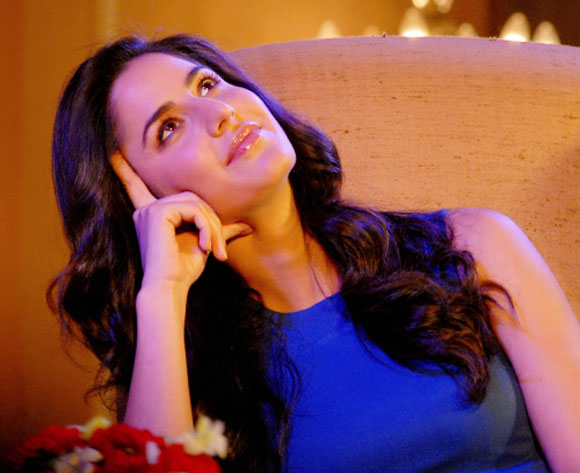 The Times 50 Most Desirable Women 2019 list is India’s pick of the most gorgeous women, including fresh faces and young talent. These lovely ladies have found a spot on this list for their ravishing looks, distinct personality and tons of talent 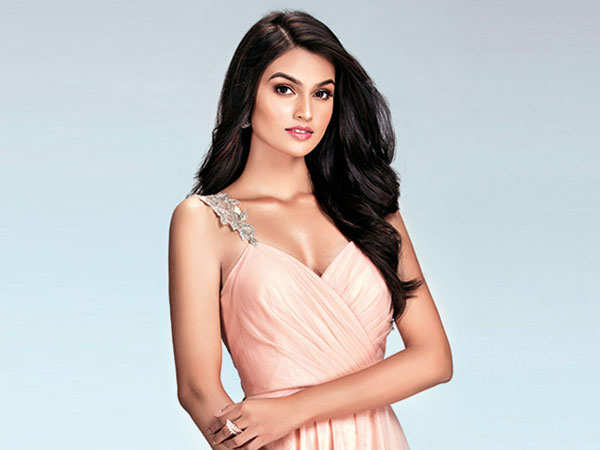 Claim to fame: She was crowned Miss World 2019 — 2nd Runner-up and Miss World Asia at the Miss World 2019 pageant in London. Post her win, she has done TV commercials for renowned brands and has walked as a showstopper at various prominent fashion events

Desirability Quotient: With her striking personality and drop-dead gorgeous looks, this model and trained Kathak dancer is a head-turner 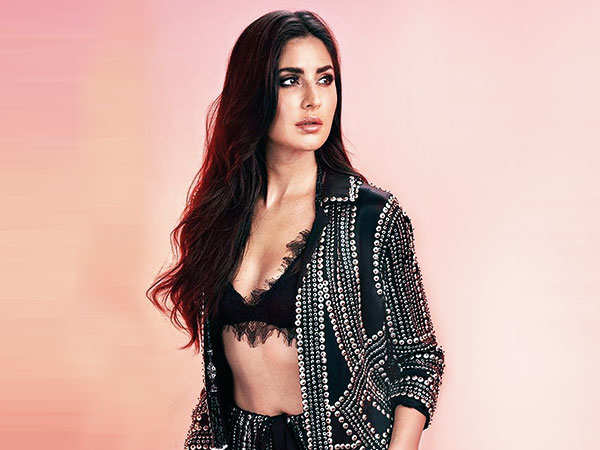 Claim to fame: She has featured in various blockbusters, but it’s her work in her last few releases, including 'Zero' and 'Bharat', that won her the most appreciation for her performances on screen

Relationship Status: Rumoured to be in a relationship with Vicky Kaushal

Desirability Quotient: She is sexy, sensuous and her smooth moves on the dance floor make her oh-so desirable! 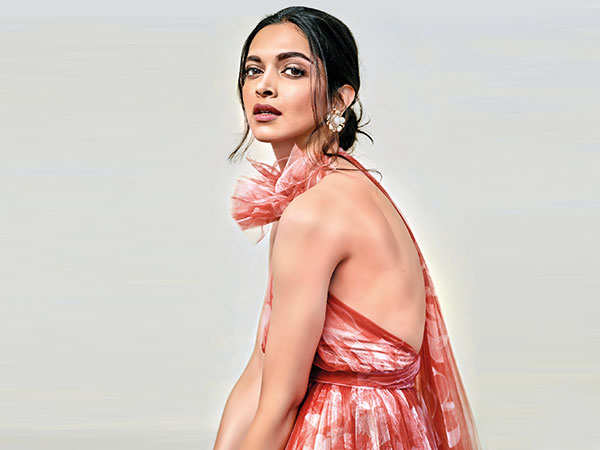 Claim to fame: From playing historical characters on screen to posing as the perfect glam girl, Deepika has proved that she can pull off any role with ease. Recently, with 'Chhapaak', she turned producer

Desirability Quotient: With those beautiful eyes, million dollar smile, a super fashion sense, add to that her grace and poise — she is the ultimate diva! 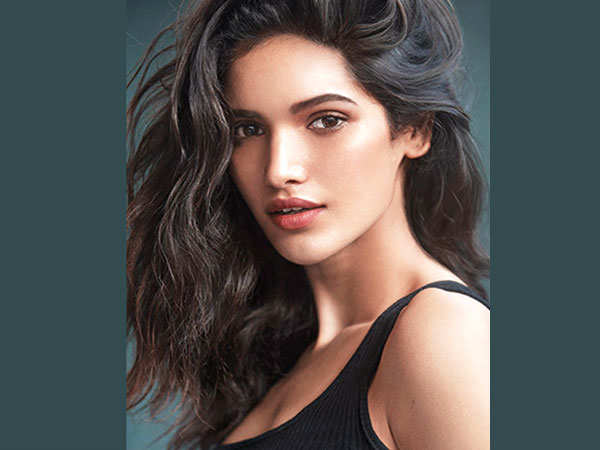 Claim to fame: She represented India at the Miss Universe 2019 pageant. This beauty is a sizzler on the ramp, and she recently featured in the music videos of popular tracks like 'Chadeya Fitoor' and 'Kishmish'. She has done several brand campaigns and is a hot favourite of fashion designers

Desirability Quotient: Her delicate frame, that spark in her eyes, along with her mischievous smile, can make hearts melt 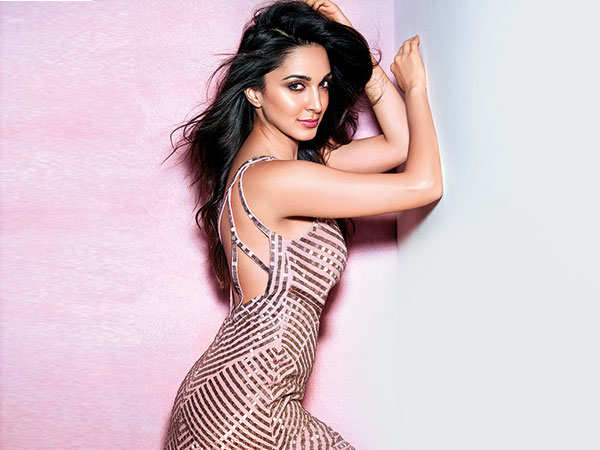 Claim to fame: She has done several films over the years, but her performance in 'Good Newwz' and 'Kabir Singh' brought her into the spotlight

Desirability Quotient: She could be anything from the cute girl-next-door to a gorgeous fashionista. This young talent is absolutely crush-worthy 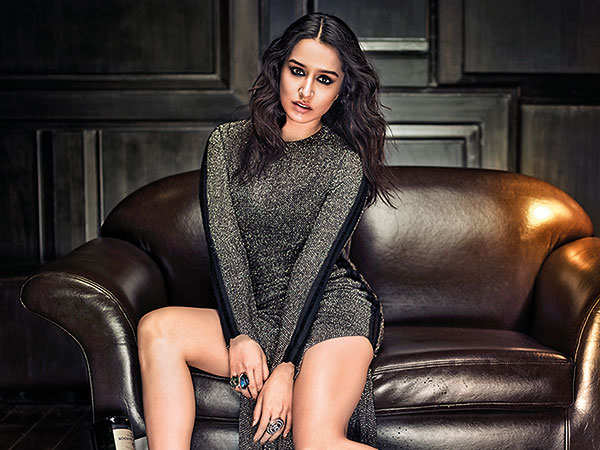 Claim to fame: She is hugely popular in the virtual world, and on the big screen she has had a promising run with the bilingual 'Saaho' with Prabhas and 'Chhichhore' with Sushant Singh Rajput last year

Relationship Status: Rumoured to be in a relationship with celebrity photographer, Rohan Shrestha

Desirability Quotient: This petite, gorgeous light-eyed beauty can stun you with her killer moves on the dance floor 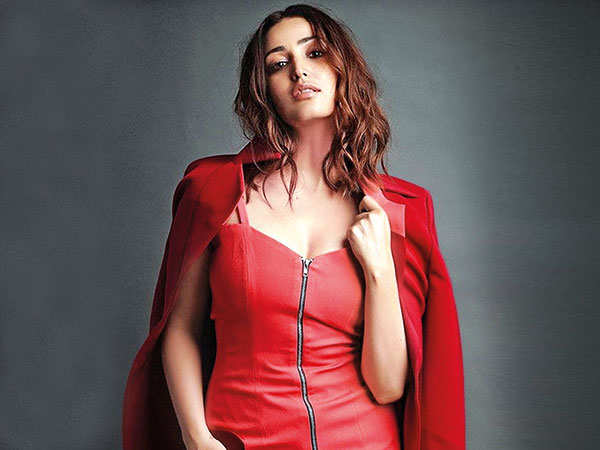 Claim to fame: She featured in 'Uri: The Surgical Strike', which went on to become a huge success last year, and her performance in 'Bala', too, was loved by the audience

Desirability Quotient: Her beauty is enhanced by her dimpled smile and innocent charm, making her a hot favourite on this list 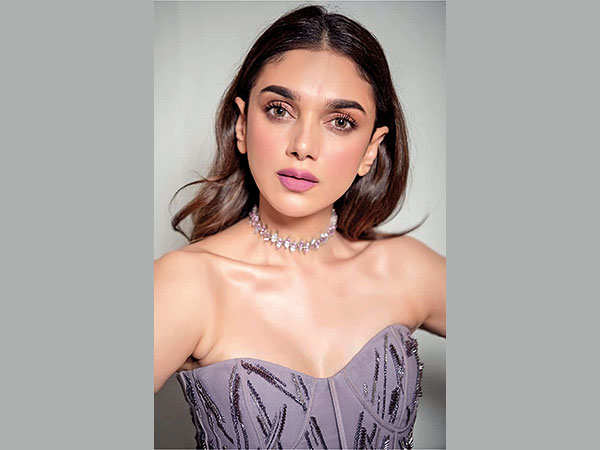 Claim to fame: She is on the top spot of Chennai Times 30 Most Desirable Women of 2019. Last year, she shot for four films in Tamil, Malayalam and Hindi. She even got behind the mic to record a song in Tamil with Dhanush Claim to fame: She sizzled in a special dance number in 'Saaho', and has also played the leading lady opposite Sushant Singh Rajput in 'Drive', which released on an OTT platform

Desirability Quotient: Fitness enthusiast, vivacious personality and a body to die for, this gal is glamourous to the hilt

HERE ARE THE NEW ENTRANTS ON THE LIST
Every year has seen more number of new faces joining the desirable league. These beautiful women are talented, driven, have a lot of potential and are all set to take the world by storm. Ladies, take a bow! 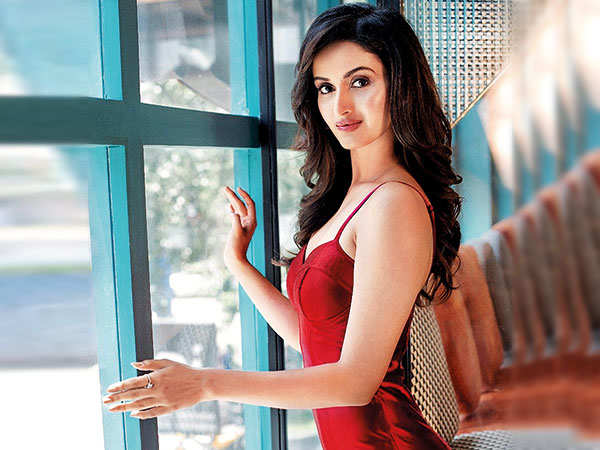 Claim to fame: She represented India at Miss Grand International in 2019. Post that, she was seen in a music video opposite Himansh Kohli and has done a series of TV commercials

Desirability Quotient: Heaps of confidence and looks that could kill make her a talent to watch out for 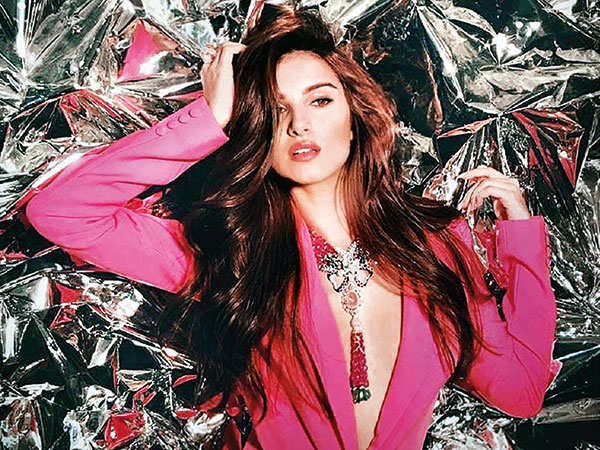 Claim to fame: She debuted in Bollywood with 'Student Of The Year 2', and was later seen opposite Sidharth Malhotra in 'Marjaavaan'. With her stunning looks, great attitude and talent, she is all set for a promising career in Bollywood

Desirability Quotient: A great mix of oomph, beauty, confidence and, to top it all, a lovely voice, Tara is a star in the making 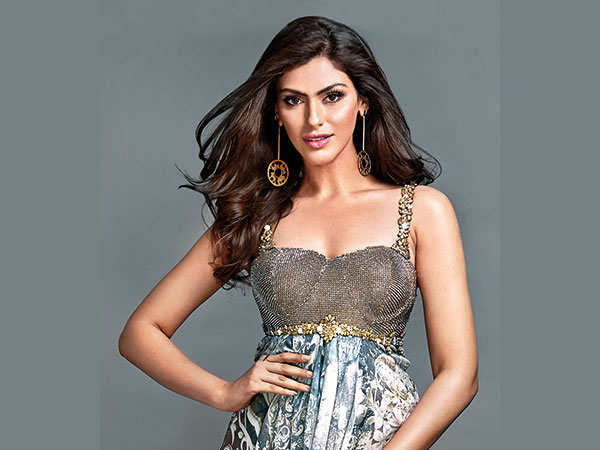 Claim to fame: She represented India at the Miss Supranational 2019 pageant. She is a motivational speaker, model and is training to be a life coach

Desirability Quotient: A fitness enthusiast and a traveller at heart, this towering beauty has the kind of spunk and sass that will leave you charmed 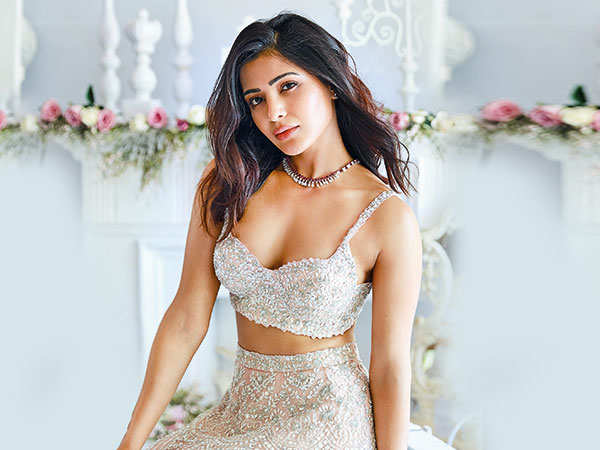 Claim to fame: The actress, who topped the Hyderabad Times 30 Most Desirable Women 2019 poll, has shown that married women can be crowd-pullers too, with hits like 'Oh! Baby' and 'Majili' 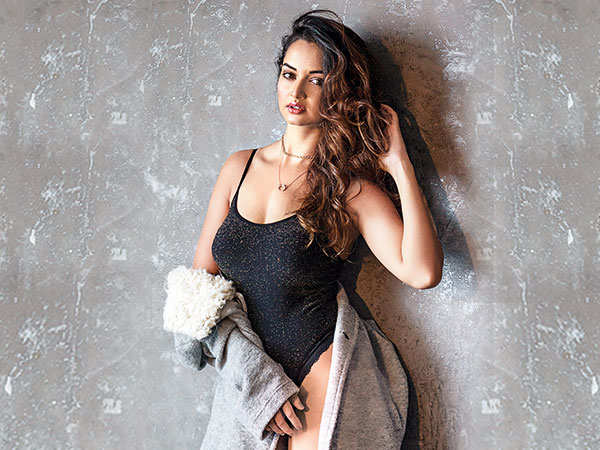 Claim to fame: She grabbed the top spot on the Bangalore Times 30 Most Desirable Women list this year. From adding glam quotient to some roles to putting out fine performances in films like 'Geetha' and 'Avane Srimannarayana' — Shanvi has proved that she is here to stay

Desirability Quotient: An impressive personality, sensuous looks and a smile that lights up the room Claim to fame: She was voted Calcutta Times Most Desirable Woman 2019. Strong, opinionated and one of the youngest MPs in the country, Nusrat is also among the most sought-after actresses in the Bengali film industry

Desirability Quotient: Besides her perfect smile, porcelain skin, and enchanting eyes, she exudes immense confidence and grace — qualities that make her extremely desirable 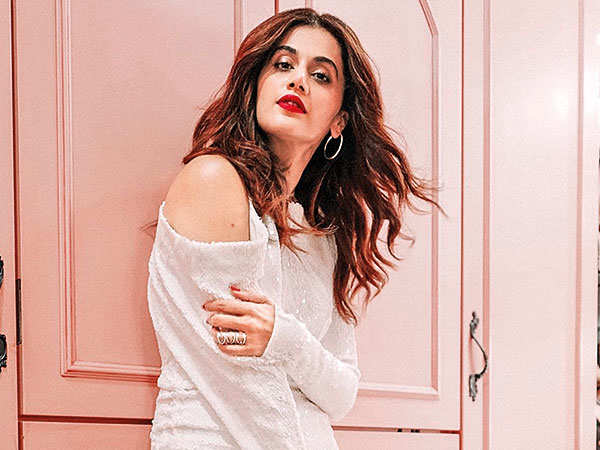 Claim to Fame: The actress has carved a niche for herself in Bollywood, with an impressive list of author-backed roles. In 2019, she had three releases — 'Mission Mangal', 'Badla' and 'Saand Ki Aankh'. She won a lot of appreciation for taking on a role with grey shades in 'Badla', also starring Amitabh Bachchan

Relationship Status: Is reportedly in a relationship with Danish badminton player, Mathias Boe

D esirability Quotient: Her dazzling smile, curly mane, and to top it all, her confidence to make brave career choices is what gives her an edge 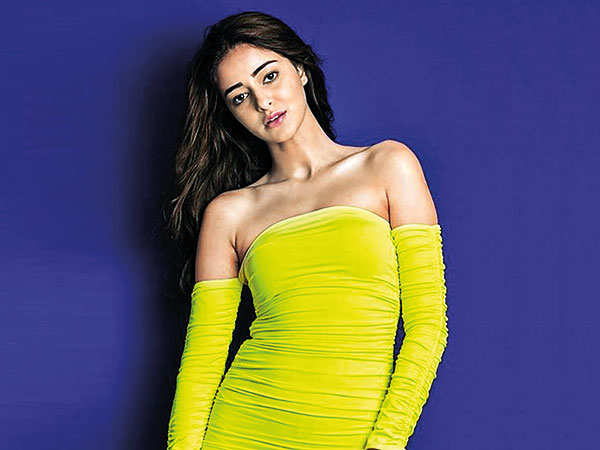 Claim to Fame: Even before her debut film, 'Student Of The Year 2', she had a sizeable following on social media. Last year, she also made her presence felt with her glam avatar in 'Pati Patni Aur Woh'

Relationship Status: She was linked to her co-star Kartik Aaryan. However, neither have commented on it

Desirability Quotient: Her lean frame, flawless skin and sunshine smile make her the sweet-sexy girl you can’t take your eyes off 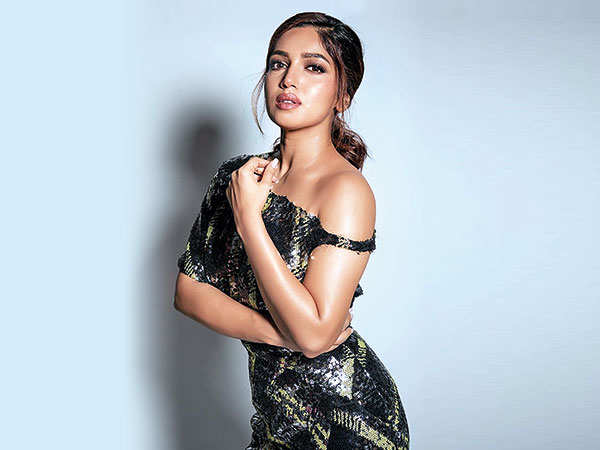 Claim to fame: Over the years, she has proven herself as a powerhouse performer. In 2019, she impressed the audience with her roles in films like 'Saand Ki Aankh', 'Bala' and 'Pati Patni Aur Woh'. While she is known as the ‘Queen of Heartland India’ for her on-screen avatars, on the red carpet, Bhumi is always at her glamourous and fashionable best

Desirability Quotient: This ravishing, earthy beauty can sweep you off your feet 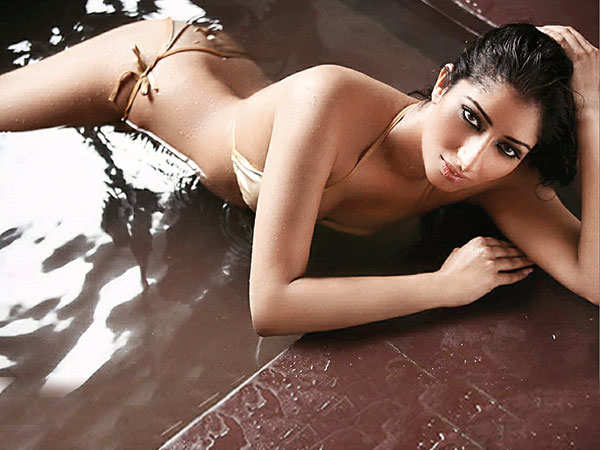 Claim to fame: The actress, who was last seen in 'Total Dhamaal', is all set to star in an international web show and will also be seen in the Akshay Kumar-starrer 'Sooryavanshi'

Desirability Quotient: Her hot bod, smouldering looks and an attitude to match make for an irresistible combination 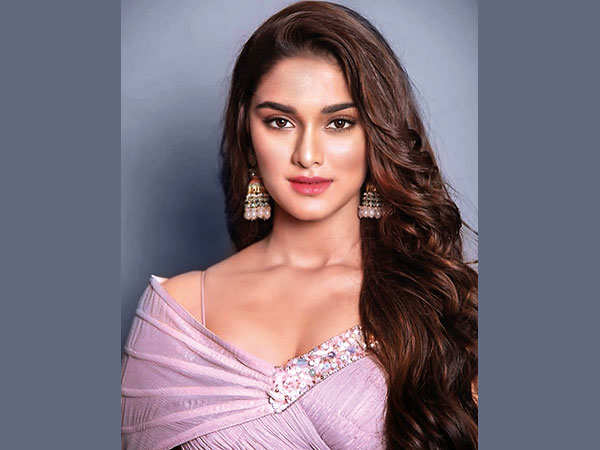 Claim to fame: Daughter of actor-filmmaker Mahesh Manjrekar, she made her big Bollywood debut with the Salman Khan-starrer 'Dabangg 3' last year

Desirability Quotient: Her demure good looks and disarming smile add to her appeal 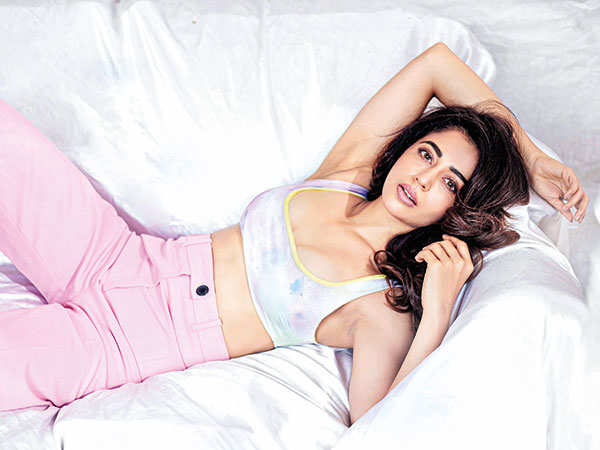 Claim to fame: She was ranked number one on Maharashtra’s 30 Most Desirable Women list. From being a bindaas bride to shutting down trolls who body-shamed her husband, Nehha has consistently been in the news. The actress is now awaiting the release of her Marathi film 'June'

Relationship status: Married to Mumbai-based businessman Shardul Bayas
Desirability quotient: Being confident, stylish and outspoken has won her fans and makes her popular on social media
We have created a separate list for women who will remain ‘Forever Desirable’. The coveted league includes Aishwarya Rai Bachchan, Kareena Kapoor Khan and Priyanka Chopra Jonas. These ladies, therefore, do not feature in The Times 50 Most Desirable Women list. Given how beautiful they are, they would have undoubtedly topped the list year after year. With plenty of new, young contenders clamouring to be a part of this ‘Top 50’ list every year, a separate list for these ‘Forever Desirable’ women, only makes room for more new entrants.

More in this category: « As Anushka-Virat Share Good News, Here are Other Celebrity Couples Who Got Pregnant During Lockdown 10 OF THE MOST BEAUTIFUL FEMALE SINGERS IN 2020 »