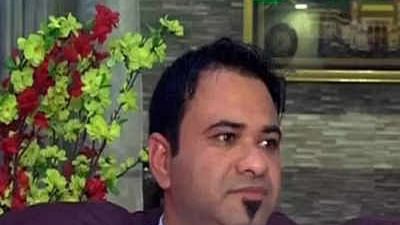 Justice Saral Srivastava directed the authorities to conclude the inquiry against Khan within one month.

New Delhi: The Allahabad high court has stayed the second suspension order against Dr Kafeel Khan.On July 31, 2019, the doctor was suspended for the second time while he was already under suspension for allegedly forcibly treating patients at the Bahraich District Hospital and criticising policies of the government.He was earlier suspended following a tragedy at Gorakhpur’s BRD Medical College, where around 60 children had died in August 2017 due to an alleged shortage of oxygen.Hearing a writ petition filed by Khan, Justice Saral Srivastava, however, directed the authorities to conclude the inquiry against him within one month.

The court further directed that the petitioner shall cooperate in the inquiry and in case he does not, the disciplinary authority may proceed to conclude the inquiry ex parte.While fixing the hearing for November 11, the court also asked the state authorities to file a reply in four weeks.The counsel for the petitioner had argued that the suspension order was passed on July 31, 2019 and more than two years have passed but the probe has not been concluded. Hence, the suspension order cannot remain in force in view of the judgment of the apex court in the case of Ajay Kumar Choudhary versus Union of India (2015) 7 SCC 291, the counsel said.

He further argued that since the petitioner is already a suspended employee, therefore, there is no purpose of passing a second suspension order.He submitted that there is no rule which permits the state government to issue a fresh suspension order when the employee is already under suspension.However, state government’s counsel submitted that the inquiry report against the petitioner has been submitted on August 27, 2021, a copy of which has been sent to the petitioner on August 28, asking him to submit objections.He said the inquiry will be concluded expeditiously.

Last month, the Allahabad high court had quashed charges and criminal proceedings against Khan based on a speech he delivered during the anti-Citizenship (Amendment) Act protests at Aligarh Muslim University.As The Wire has reported before, the Uttar Pradesh police has filed a number of cases and even arrested Khan on two occasions for his dissenting opinions and speaking out against government policies.