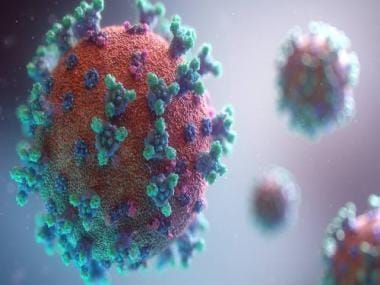 The WHA special session must do its best for a binding Global Treaty to save humanity from the present and future pandemics that can strike anytime, the panel said presenting the accountability report.

The six-month accountability report presented just a week ahead of the special session of the World Health Assembly (WHA) from November 29 to December 1, only the second in the history of the World Health Organisation (WHO), has presented clear evidence of two most important issues – first, the current system is incapable of protecting us from the next pandemic, which could happen anytime from now, and the second is that the world needs to prepare for the next global health threat.

Health ministers from WHO’s 194 member states will be participating in the three day WHA to consider negotiating a treaty aimed at preventing future pandemics. If it succeeds, it would only be the second global public health treaty after a 2003 accord to control tobacco use. This special session was decided in May last when the Independent Panel for Pandemic Preparedness and Response had submitted its report on COVID-19, which had assessed the progress made in the eight months prior to the regular WHA, which is usually held every year in May. The panel had evaluated as to how the WHO and member countries handled the pandemic, and had recommended a new global response system to be set up to ensure that no future virus can cause a pandemic as devastating.

Six months have passed since May, and 90 million more people have contracted COVID-19, and 1.65 million people have died, the report noted, while assessing the progress, including the areas of leadership and governance, financing, equity, a new legal instrument, and a stronger WHO. Following the deep-dive into COVID-19 responses, immediate action was recommended for a package of international, interlinked reforms to stop a future outbreak, an now time has come to rise to the occasion for a Global Pact next week.

“There is progress, but it is not fast or cohesive enough to bring this pandemic to an end across the globe in the near term, or to prevent another,” the panel said in the report. Since December 2019, when the first case was identified in China, over 257 million people have been reported to be infected by COVID-19 and 5.5 million have died.

The accountability report has stressed on availability of finance and governance with accountability. It rightly said that “governance without finance lacks teeth; and finance without governance lacks accountability”. At least $10 billion in new financing annually and up to $100 billion in a pool of response funding is needed for a pandemic threat, the report has said while recommending that the Global Health Threats Council should also allocate and monitor funding from new financing mechanism that supports pandemic preparedness and responses.

While presenting the report the Co-chairs of the panel Helen Clark and Ellen Johnson Sirleaf said that “uneven” progress in addressing the COVID-19 pandemic continues to cause illness, deaths, and economic losses and have called for Heads of State and Governments to come together to make faster progress, especially at the UN General Assembly while pointing out that with much of the groundwork done, now is the time to end the pandemic and prepare for the next global threat.

“Given the scale of devastation from this pandemic and its continuing impact on people across the globe, the panel resolved to document fully what happened and why, and to make bold recommendations for change”, said Ms. Clark. In this context, the independent panel has said that the WHO must be strengthened with more funding and greater ability to investigate pandemics through a new treaty. “Strengthening the authority and independence of the WHO and developing new legal instruments are pivotal to the package of reforms required,” the panel said.

Unfortunately, vaccine inequity has changed very little, and in the poorest countries, less than one per cent of the population are fully vaccinated. Although wealthy countries have publicly pledged donations, “just a fraction of redistributed doses have actually been delivered.” The co-chairs not only emphasized on transparently planned donations to quickly deliver the vaccines, but also to develop “a true end-to-end global public goods model” that could be the only answer.

The pandemic treaty should aim to build preparedness, strengthen obligations for countries to alert the WHO to outbreaks and allow speedy on-site investigations, and ensure fair access to vaccines and drugs, the panel said. However, a global treaty in this regard still seem uncertain, while the weaknesses of the present legal instrument International Health Regulations (IHR) that govern the way WHO and countries function during health emergencies have already been exposed during COVID-19 pandemic which has necessitated the reform and hence the present special session of the WHA is scheduled to be held.

The skeptics of the success of the event are saying that since the United States, China, and Russia themselves are not very enthusiastic about a treaty for their ‘internal reasons’ and so called ‘national interests or sovereignty issues’, and thus a Global Health Treaty in this regard is unlikely to be adopted in this special session.

Despite skepticism, one can certainly hope for a modest reform, a change in the present IHR, or some better political resolution or rules. The world will know next week the final shape of the negotiations that are presently going on behind the scene. The WHA special session must do its best for a binding Global Treaty to save the humanity from the present and future pandemics that can strike anytime, as the panel says.

More in this category: « Srinagar Received 165 Ventilators From PM CARES It Didn't Ask For – And They Didn’t Work UK medics warn of looming breaking point as omicron spreads »