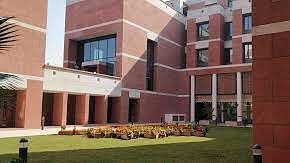 42 staff members at the BJP headquarters in Delhi have tested positive for COVID-19, sources said. A mass COVID testing was done ahead of BJP's core group meeting, after which they were found positive.

42 staff members at the BJP headquarters in Delhi have tested positive for COVID-19, sources said. A mass COVID testing was done ahead of the BJP's core group meeting, after which these people were found positive. These include staff members as well as security officials.

According to a report in NDTV, several of those infected are sanitation workers, sources said. Everyone has been asked to self-isolate.Headquarters of BJP in central Delhi's Minto Road was fully sanitised later, sources said.The saffron party has started a new protocol where all staff members at their headquarters in Delhi will be tested for COVID-19 ahead of any big meeting.

"Only people engaged in important activities related to the office are coming to the headquarters," news agency ANI reported quoting an unnamed BJP official.Some senior members of the party have already tested positive. These include Union Minister Nitin Gadkari, Defence minister Rajnath Singh and BJP national president JP Nadda and they have been under home quarantine.

This raid increase in Covid positive cases at the BJP headquarters may have an impact over the party's discussions over election strategy in five states for upcoming assembly elections.