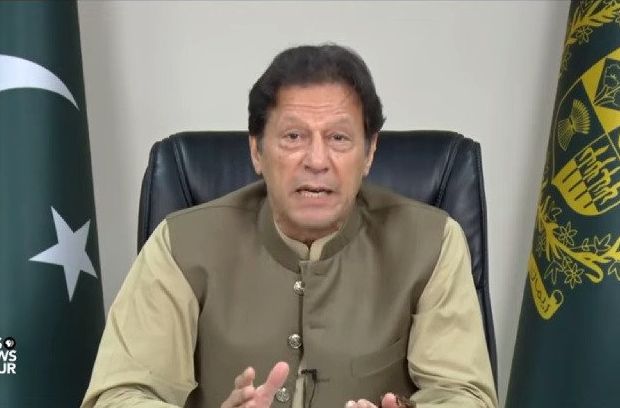 The sole suspect caught by police has said that he wanted to kill Khan because 'he was misleading the public.'

New Delhi: Former Pakistan Prime Minister Imran Khan was shot in the shin on Thursday, November 3, when his anti-government protest convoy came under attack in Allahwala Chowk in Wazirabad, a city in eastern Pakistan. His aides said it was a “clear assassination” attempt.

Several others in the convoy were wounded and the information minister said a suspect had been arrested. One party member said there were reports one person had been killed.“It was a clear assassination attempt. Khan was hit but he’s stable. There was a lot of bleeding,” Fawad Chaudhry, a spokesperson for Khan‘s Pakistan Tehreek-e-Insaf (PTI) party, told Reuters.

“If the shooter had not been stopped by people there, the entire PTI leadership would have been wiped out.”Geo TV footage showed police shifting the 70-year-old Khan to a bullet-proof vehicle from the container he was riding at the time of the attack.

He was taken to hospital in Lahore after the attack in Wazirabad, nearly 200 kilometre from the capital, Islamabad, Reuters reported.Protesters poured out on to streets in some parts of the country as PTI leaders demanded justice.Chaudhry told Dawn that three people – including senator Faisal Javed and Ahmad Chattha – were injured in the attack.The attacker has been arrested, local media reports said.

Party colleague Faisal Javed, who was also wounded and had blood stains on his clothes, told Geo TV from the hospital: “Several of our colleagues are wounded. We heard that one of them is dead.”Pakistan Prime Minister Shehbaz Sharif condemned the shooting and ordered the interior minister to seek an immediate investigation. “Violence should have no place in our country’s politics,” he added.

More in this category: « Boris Johnson Returns to UK in Bid for Rapid Political Comeback Arrests in Egypt In Lead Up to COP27; Indian Activist Detained Briefly Too »