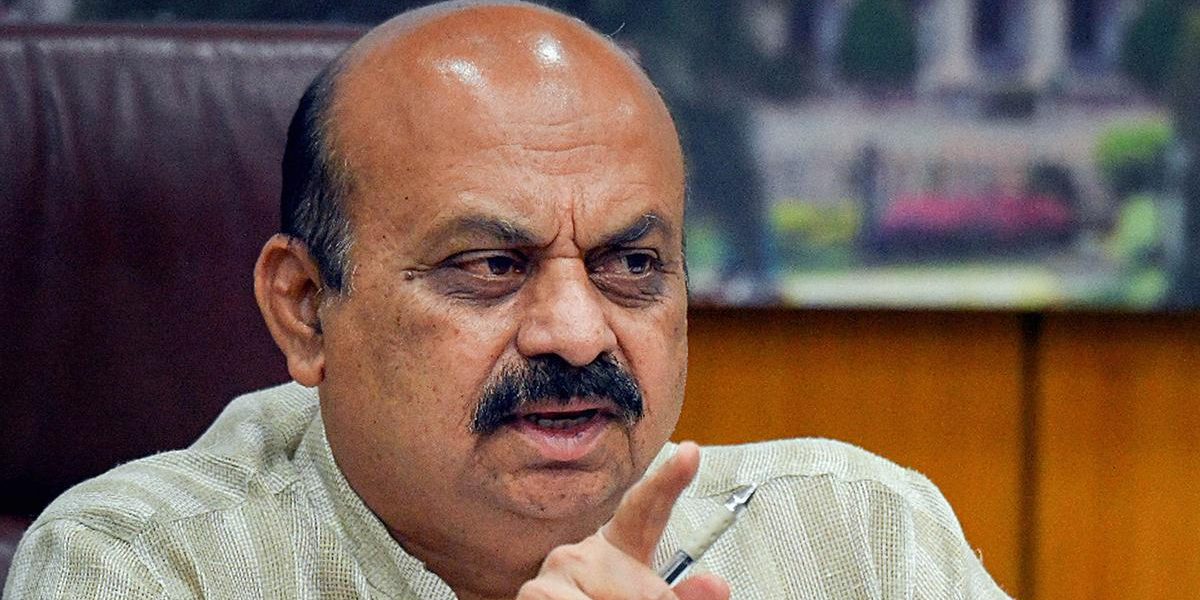 The Congress has filed a police complaint against Bommai, Bengaluru civic body commissioner, and other officials for allegedly collecting voter data by impersonating as government officials.

New Delhi: The Congress in Karnataka on Thursday, November 17, accused chief minister Basavaraj Bommai of “electoral fraud” and demanded his resignation after a news investigation revealed that the Bengaluru civic body had given permission to a private NGO to collect voters’ data.

An investigation by The News Minute and Pratidhvani found that the Bruhat Bengaluru Mahanagara Palike (BBMP) had given permission to the NGO, Chilume Educational Cultural and Rural Development Institute, to conduct a voter awareness drive on behalf of the Election Commission (EC).

The voter awareness drive was aimed at revising the electoral rolls ahead of the Karnataka assembly polls in 2023.

The investigation found that the NGO issued fake identification cards to its field agents, identifying them as booth level officers (BLOs).

Voters were also made to answer subjective questions about the performance of their elected representatives, it added.

The news report was published on Wednesday, November 16.

The News Minute said that after its journalists started following up on the case, the BBMP hurriedly cancelled the permission given to the NGO.

However, despite the cancellation order, the voters’ personal data has not been retrieved from the NGO and its subcontractors, BBMP and EC officials told the news outlet.

Moreover, the civic body officials did not explain the reasons for cancelling the permission, the news website reported.

Although the order of the electoral registration officer, who had granted the NGO permission to conduct the survey, said that Chilume “should not be associated with any political organisation”, the investigation found that the NGO runs firms that manage election campaigns for political parties.

The workers told TNM that they were misled into believing that they were part of a legitimate government exercise. They said they were lured with the promise of salaries ranging between Rs 15,000 and Rs 25,000, depending on how much data they collected.

“The shocking expose has revealed that those sitting in the citadels of power, including Bommai, are responsible for theft of voter data, fraud and impersonation,” alleged Surjewala.

Citing the investigation, Surjewala said that the voter data collected by Chilume was uploaded on a private app called Digital Sameeksha, owned by its sister firm Chilume Enterprises Private Limited.

“Voters were made to believe that their information was being given to BLOs as a part of the voter registration drive,” he said.

Dismissing Congress’s allegation, Bommai said he was ready to get the matter investigated.

“What I feel is that the Congress has got bankrupt ideas. It is a matter between the Election Commission of India, BBMP and the NGO,” the chief minister said.

He added that if the NGO has misused its position, then it will be inquired and action will be taken.

“What is the proof that which private information has been given to whom. There is nothing on paper. It is a baseless allegation. I am really astonished the way Congress is bankrupt with ideas…there is no proof at all,” he added.

“Let the inquiry be done and the truth come out. We are not shying away from any inquiry. I have asked the BBMP commissioner to file a case,” he said.