IPPA 2021: The good and the bad at the red carpet Featured 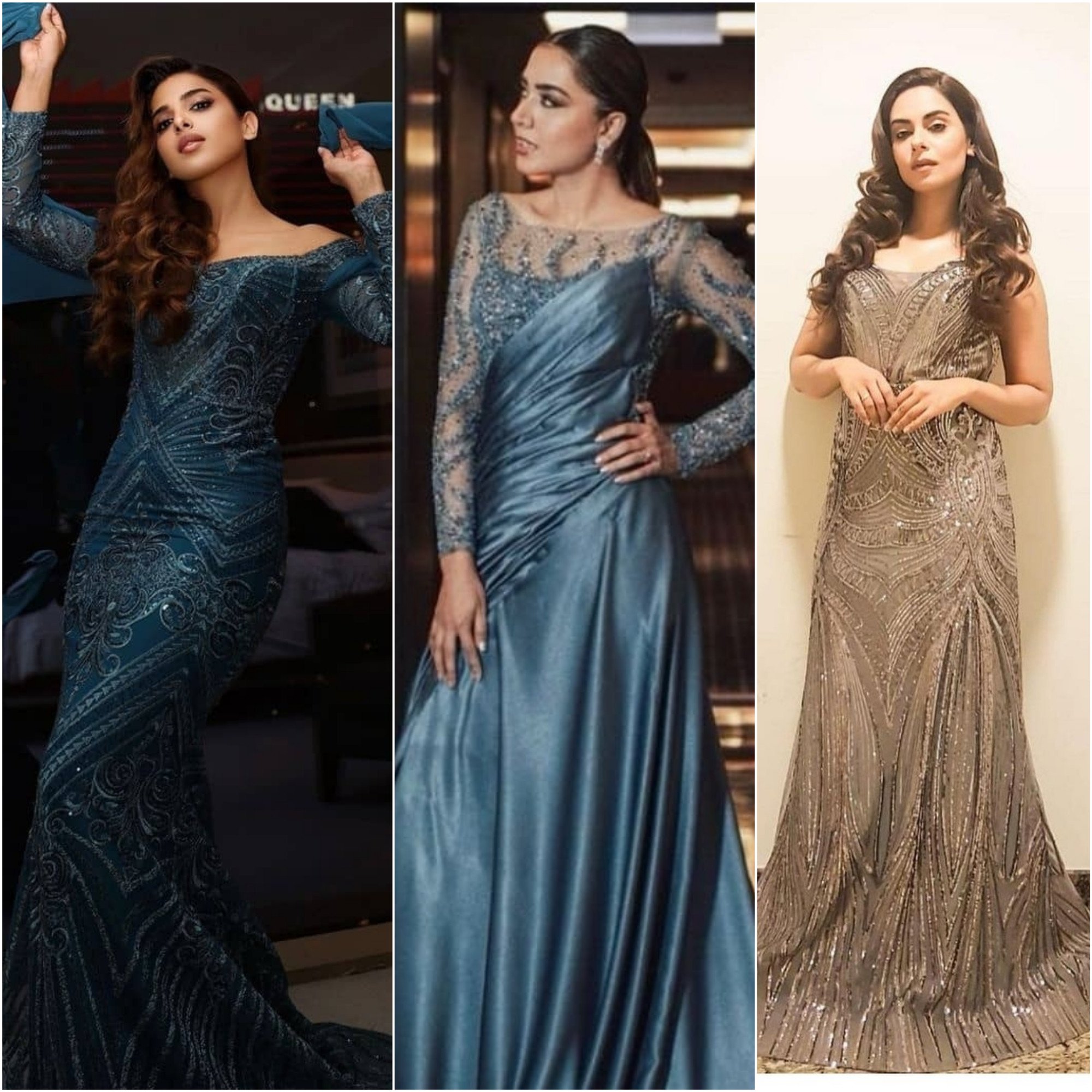 While we saw some stars taking risks with colors and styles, the night of glamour and bling had some dull to it.

The fourth edition of the country’s star-studded International Pakistan Prestige Awards (IPPA) was held with the participation of Pakistani and Turkish officials, actors, directors and producers. Adnan Siddiqui, Iqra Aziz, Meera Ji, Hania Amir and Sonya Hussyn were among the celebrities who attended the awards in addition to producers and other film industry staff from the country.

Sindh Governor Imran Ismail who was the chief guest on the occasion, said Pakistan and Turkey are “working to bridge the gap” in the film industry. “Pakistan and Turkey started this journey of love and solidarity ever since the Khilafat Movement,” Ismail told the audience.

Held on the banks of the Golden Horn, a major urban waterway in Istanbul, with “sweet” Urdu songs playing in the background, droves of Turkish and Pakistani big screen fans and Pakistani expats living in Turkey and their families were seen making their way to meet the visiting actors, taking selfies and family photos with them.

Ahmet Misbah Demircan, Turkey’s Deputy Minister of Culture and Tourism, addressing the participants spoke on the historic relations between the two countries. Shanaz Ramzi, Public Relations Officer for IPPA, told Anadolu Agency that the Pakistani people have “developed a love for Istanbul, especially because of the Ertugrul Ghazi drama series.” She added, “The IPPA Awards showcases the positive side of Pakistan, and we would like our Turkish friends and counterparts to visit us in Pakistan like we are visiting them here.”

And as the ensemble of the biggest stars of the industry put up a stunning red carpet show, it's safe to say that some celeb looks and their stylists disappointed. Not all outfits were worthy of making the cut for a best-dressed list. But here are some glimpses of the good and bad of the IPPA 2021 fashion.

Sonya Hussyn
The actor wore a flattering off-shoulder blue dress. Her sleek figure-hugging outfit embellished with sequins and thread work had all the drama needed for the evening. Not only was it fashion-forward, but also offered a fair dose of uniqueness. The bold eye makeup complimented the look very well and her curls added a touch of elegance to the outfit. 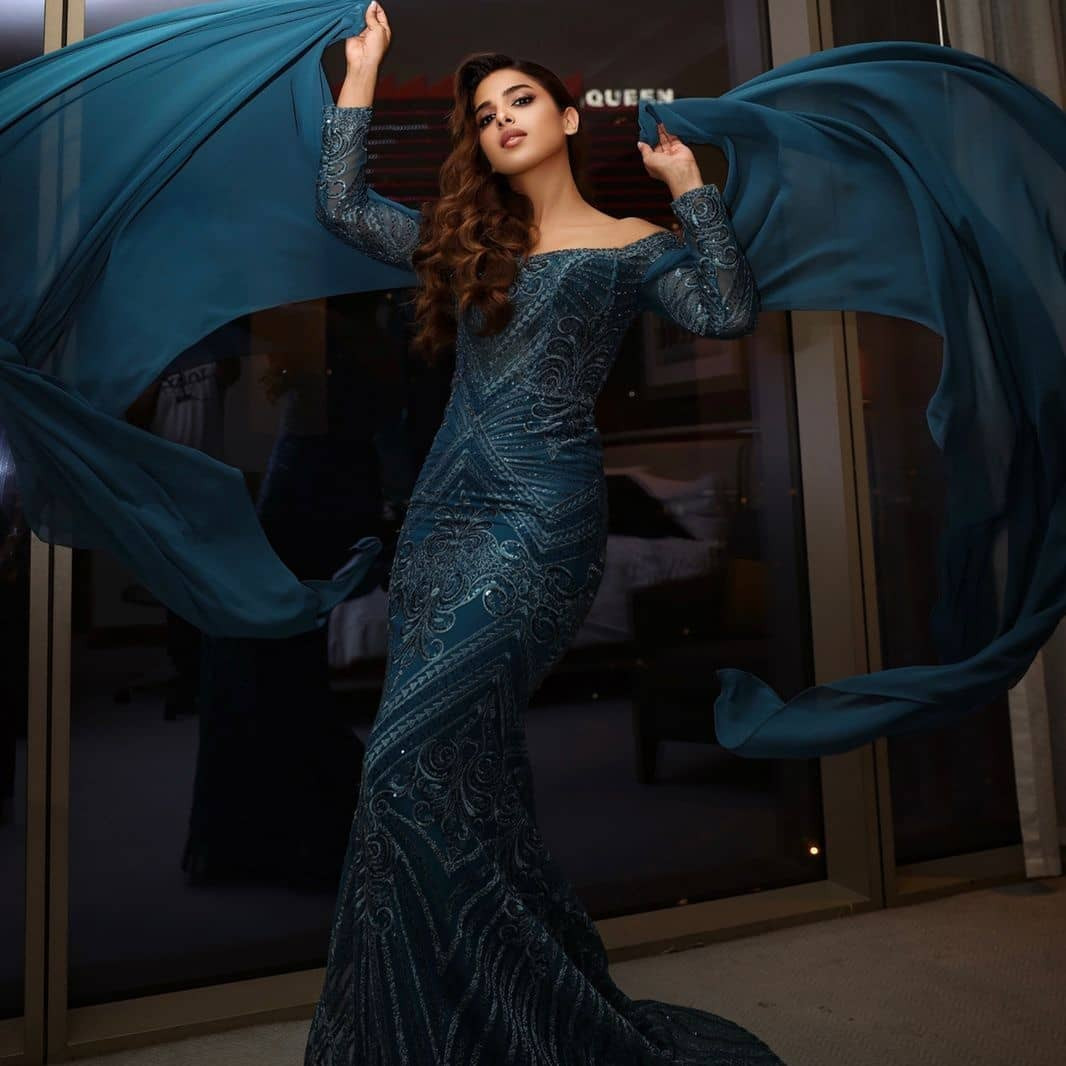 While we can't miss the similarities between Amar Khan and Sonya Hussyn’s dresses, Amar’s silver and bronze combo definitely caught our attention. The slim fit dress was accompanied by a tail filled with ruffles. Her minimal makeup and jewellery were the perfect addition to the glittery ensemble. 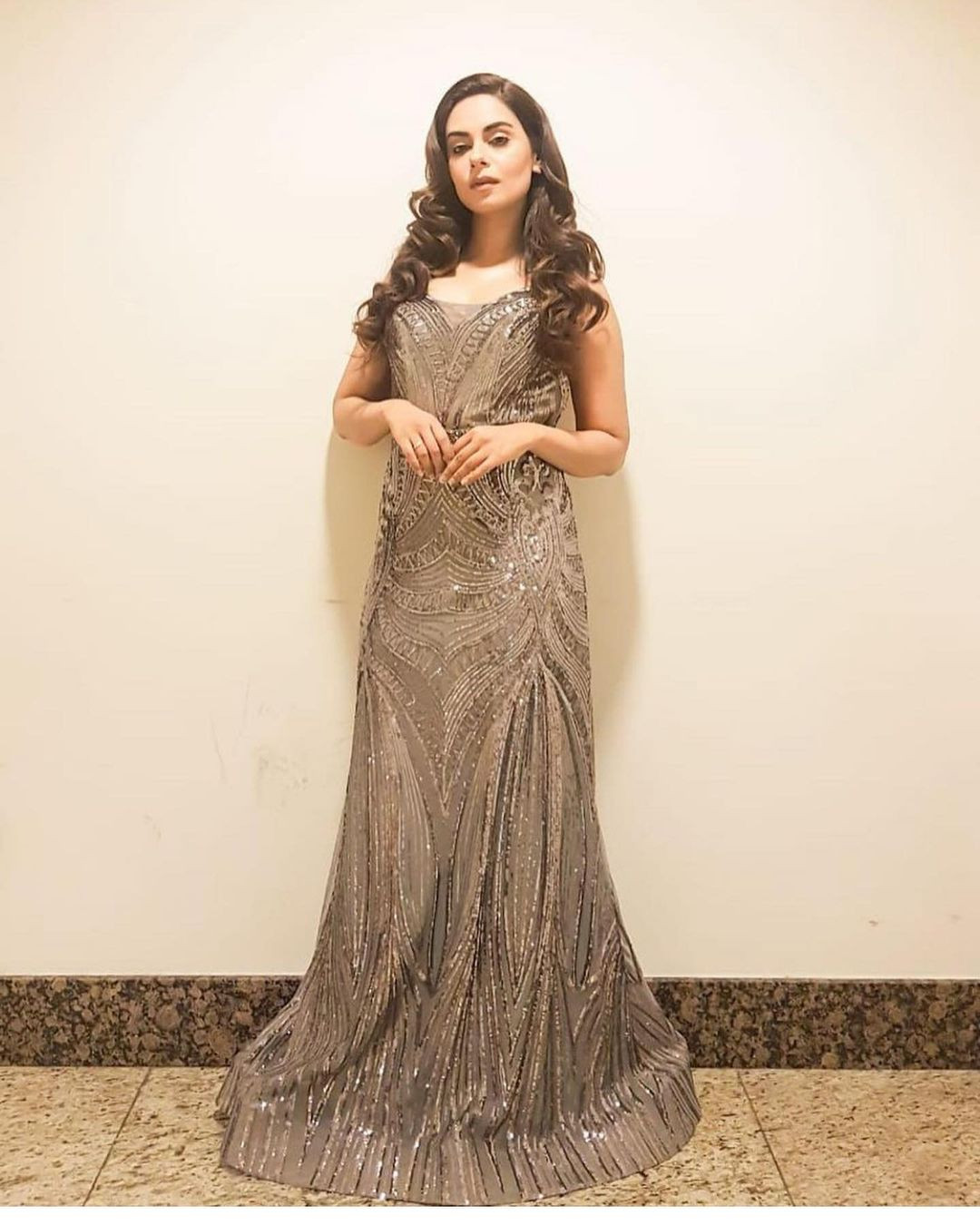 It is hard for an all-black outfit to go wrong and yet we witnessed it happen at the star-studded event. While we loved the high necked blouse, the sleek bun and her minimal jewellery, the overall look felt like she tried too hard to be visible. The saree had too much going on at once. Perhaps if she would’ve let go of the sequinned border at its tail or the lace, then it wouldn't have looked so overwhelming. 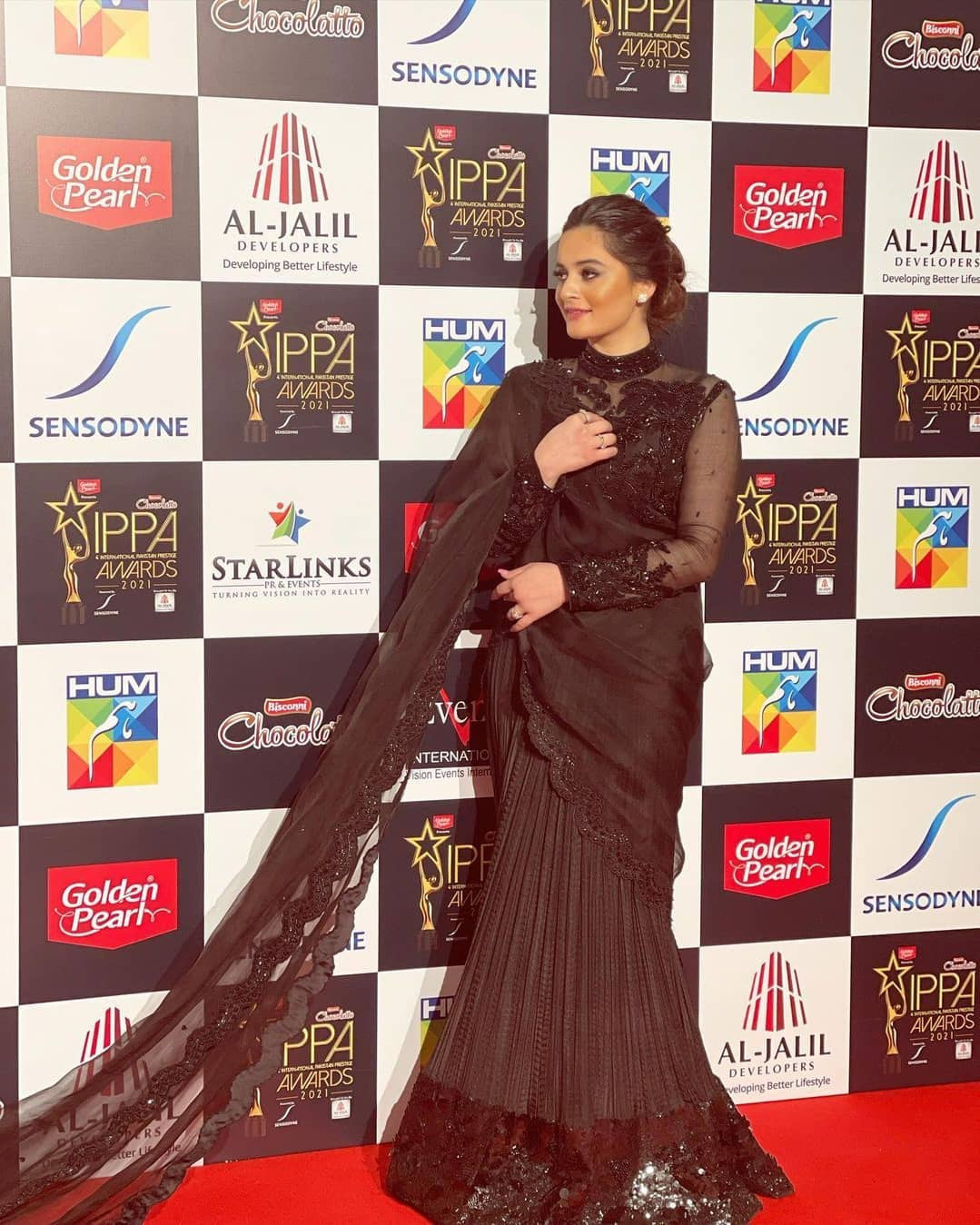 The actor is usually immaculately dressed in her fashion-forward choices. However, there may be some bad publicity for this dress which is neither flattering nor is it dramatic enough for an award show. The fabric used for the dress left it creasing in all the wrong, leading to an awkward sillhoutte. 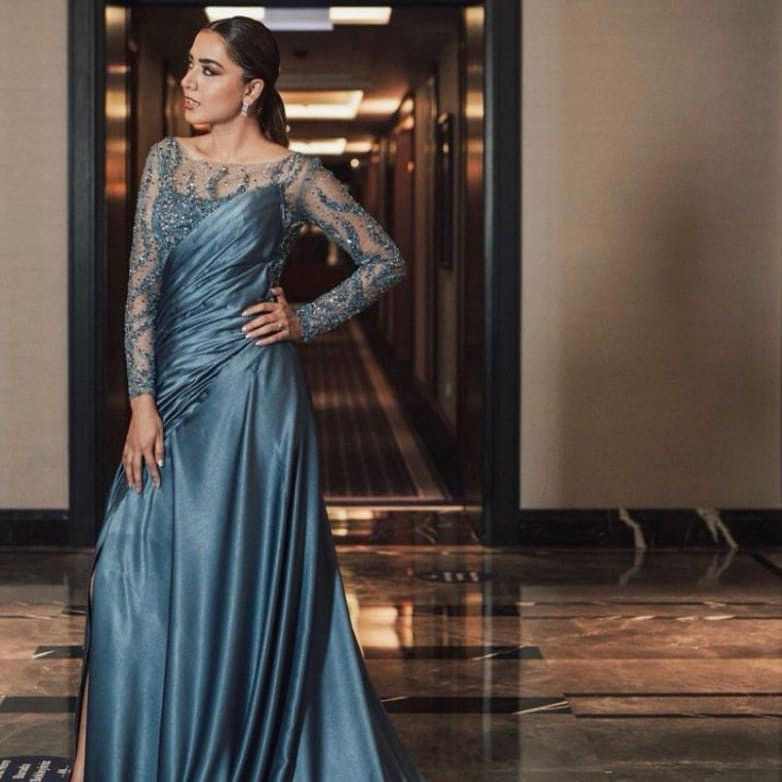 To be completely honest, everything about her look was wrong and we truly feel sorry for her stylist. The Suno Chanda starlet wore a mint green cold shoulder knee-length dress which was ill-fitted and failed to impress. From her hair to her makeup to the shoes, nothing saved her from this drab-looking dress. For someone who is quirky and has a fun spirit, this dress was a major letdown. 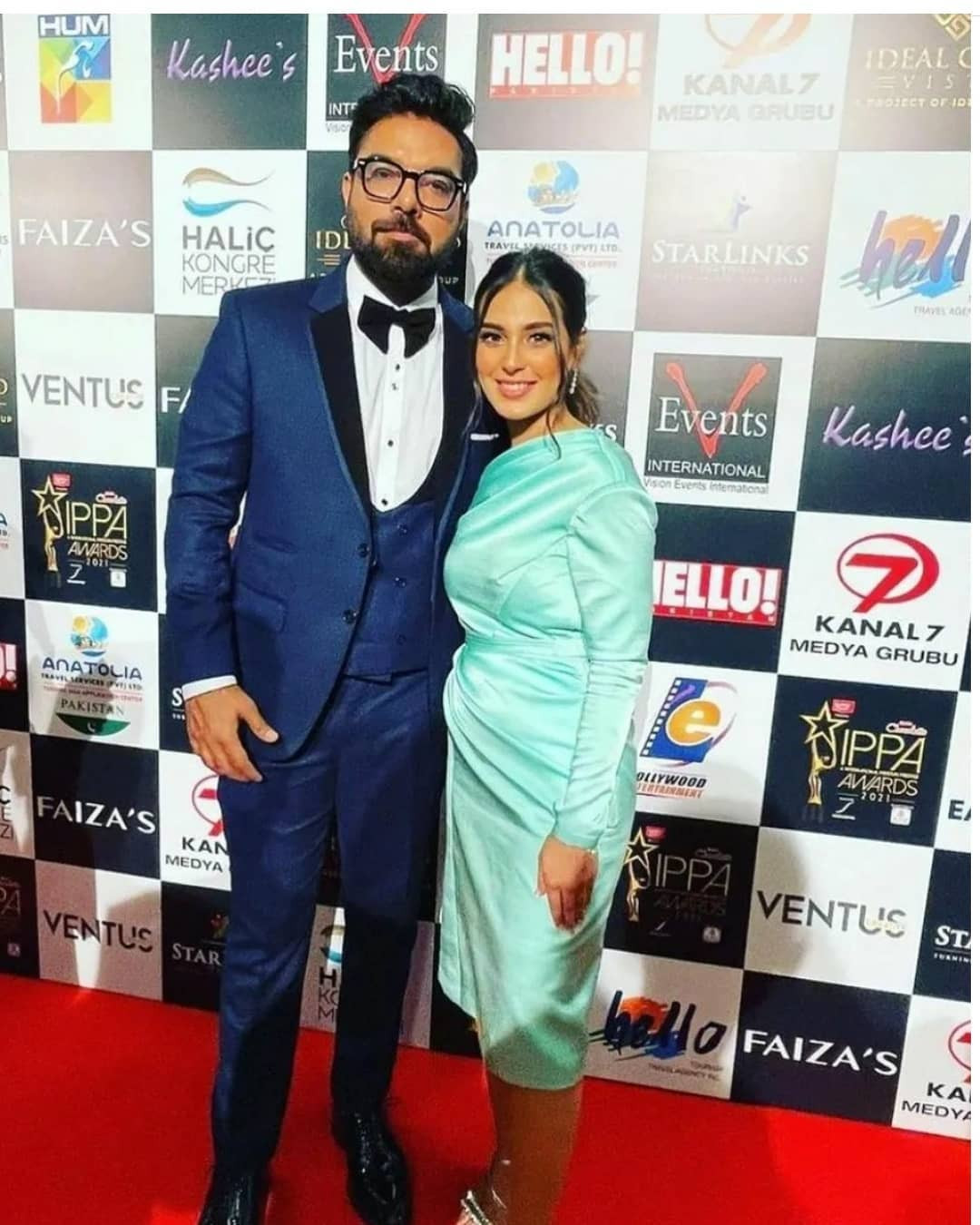 All hail Zara Noor Abbas! The actor ruled the red carpet in her all-black chic pantsuit. The plunging neckline on the sequinned shirt gave off perfect red carpet vibes. Her minimal makeup and maroon painted nails were also on point and complimented her badass look. 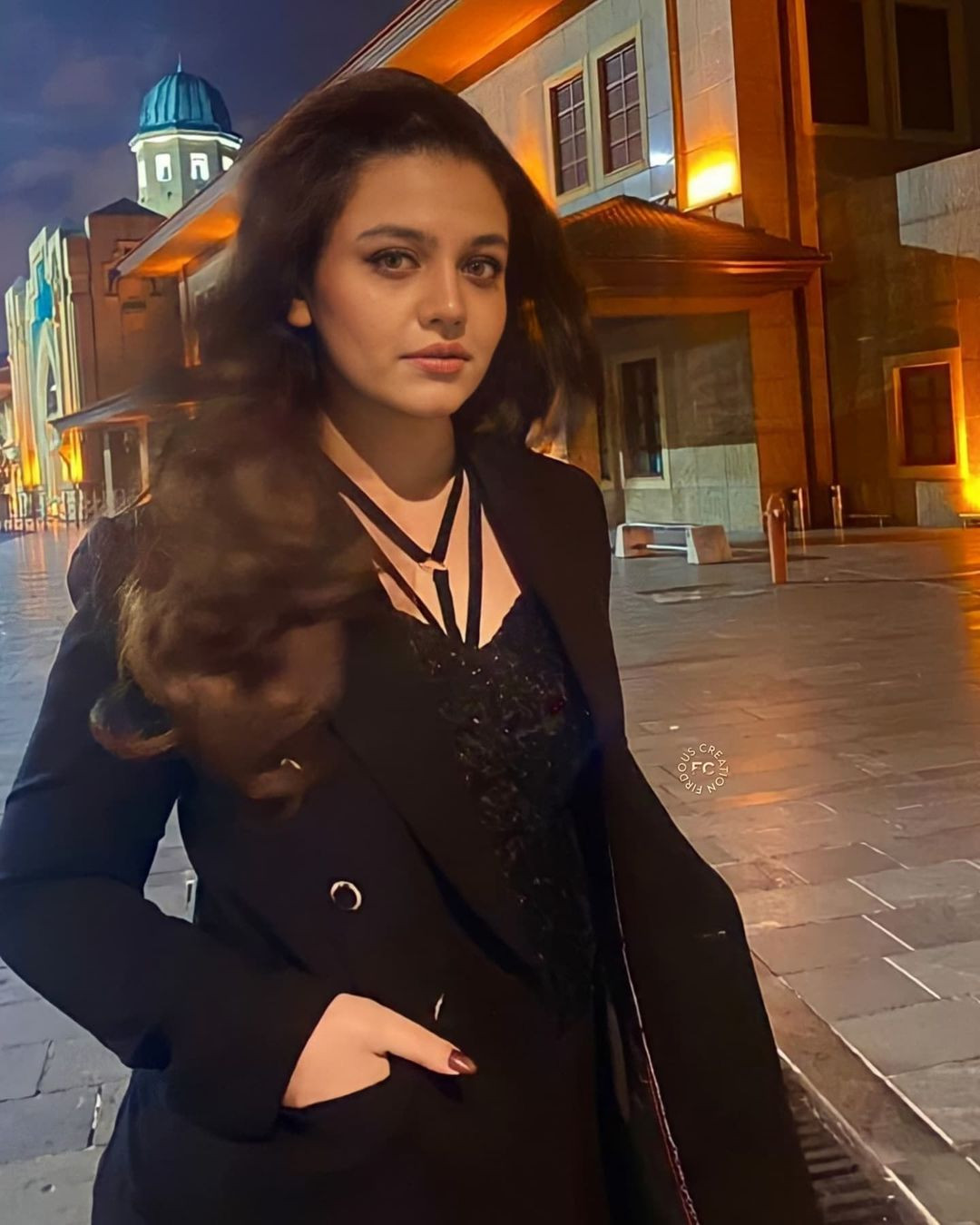 The young actor did not live up to the red carpet hype this year. Her all-shades-of pink outfit was not coherent and looked like three different clothes were sewn together. While the shape was flattering, the colours did not blend together. 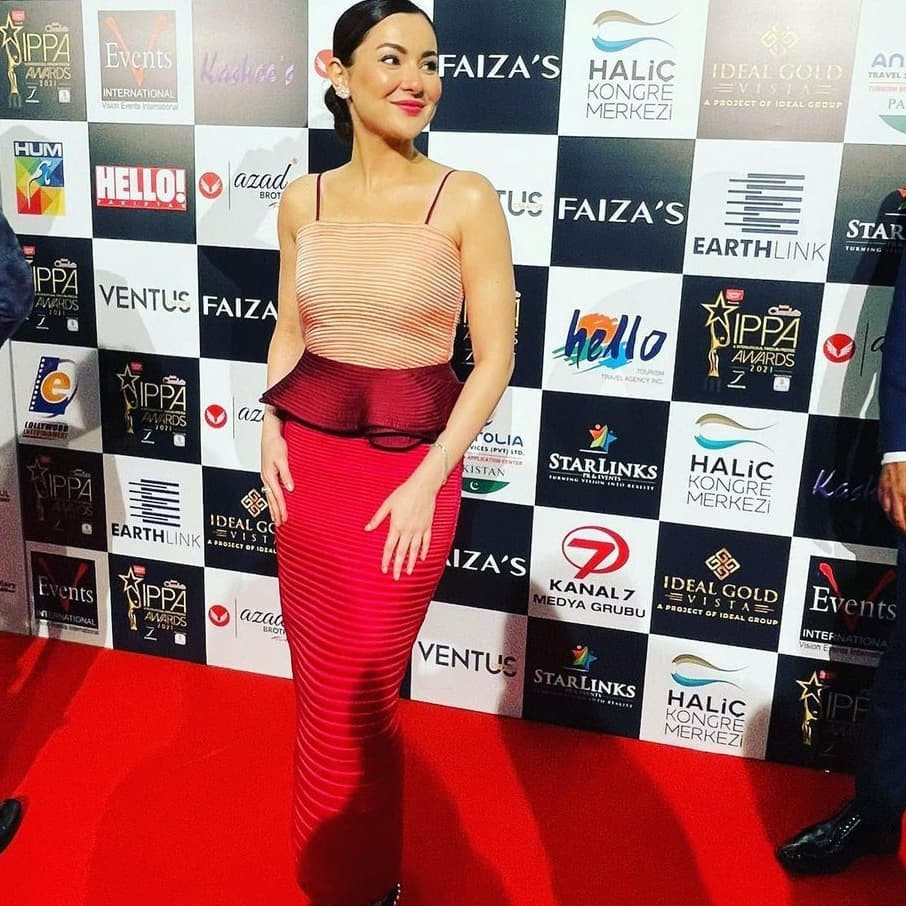 One would believe that a long figure-hugging silver sequinned gown can never be a disappointment at a star-studded event. Hira Mani didn’t pull the outfit off well enough. It did provide the right silhouette, making the outfit an ill-fitted and dull choice. If only she got it tailored properly and wore a bold eye, the look would have been a delightful sight.