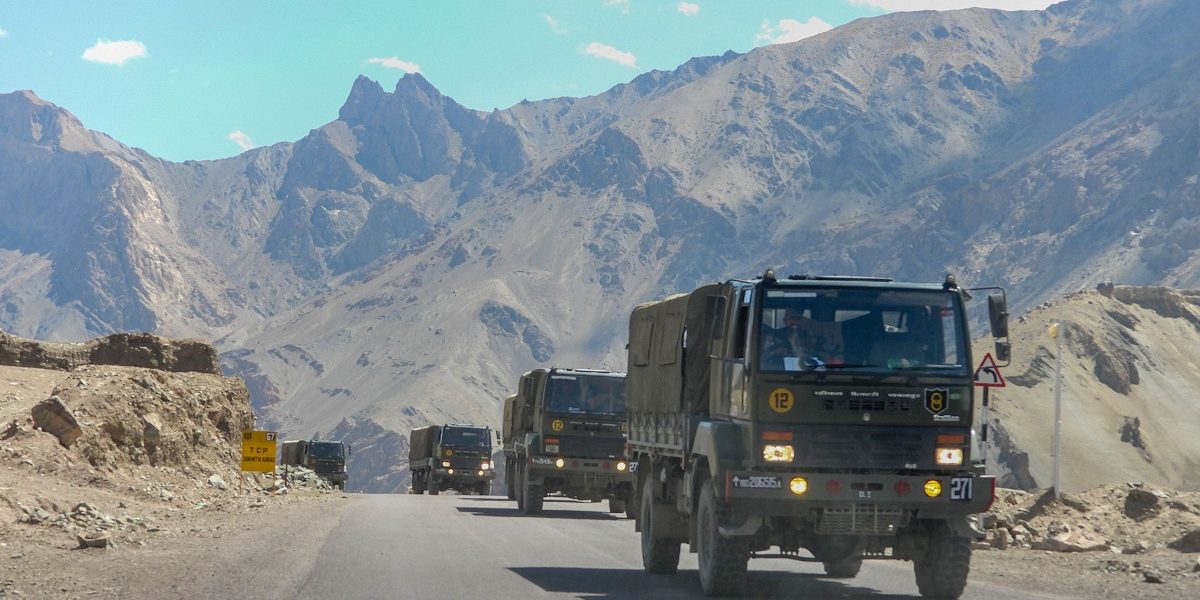 The Chinese military is fortifying its position inside Indian territory it has occupied since 2020, according to a report in The Telegraph.

New Delhi: The Chinese military is fortifying its position inside Indian territory it has occupied since 2020, erecting watchtowers mounted with CCTV cameras at the Depsang Plains and Hot Springs in Ladakh, according to a Telegraph report.

Sources in the Indo-Tibetan Border Police (ITBP) – which guards the disputed Line of Actual Control along the India-China border – told the newspaper that the watchtowers have been erected to “keep an eye on Indian troop deployment”.

“Ground reports suggest that China’s army has continued with its constructions in the friction areas along the Line of Actual Control,” an ITBP official said, according to The Telegraph.

The report said the People’s Liberation Army (PLA) has erected more watchtowers at Hot Springs and the Depsang Plains where the Chinese are “said to be entrenched 18km inside India-claimed lines”.

The fortifications have been set up in areas where the Indian and Chinese militaries have been engaged in a standoff since May 2020. Though there has been some disengagement during talks, the Chinese have not fallen back from Depsang Plains and Hot Springs. The 16th round of military talks between the two countries, held last month, failed to achieve any breakthrough to restore status quo as of April 2020.

According to The Telegraph, China is estimated to have taken over close to 1,000 sqkm of India-claimed territory in eastern Ladakh since May 2020.

“Indian military veterans and intelligence experts have expressed fear that the Chinese plan to create a new status quo on the frontier by claiming ownership of territory they have occupied,” the report said.

According to the newspaper, a recent intelligence report also suggested that China has built new bunkers in “occupied” territory along the LAC and fortifying other infrastructure inside Indian territory in Ladakh. “We are keeping a close watch. The ongoing constructions by the Chinese army (on the Indian side of the LAC) are in complete violation of the border agreement,” The Telegraph quoted a defence ministry source as saying.

The Indian army has also fortified its positions and is deploying additional forces, according to the Indian army.

Recently, satellite images showed that a Chinese village was being constructed East of the Doklam plateau on the Bhutanese side, a region that is considered important for India’s strategic interest.

The Indian and Chinese armies were locked in a 73-day stand-off at the Doklam tri-junction after China tried to extend a road in the area that Bhutan claimed belonged to it.

On July 19, NDTV reported on images captured by MAXAR, a company that focuses on space technology and intelligence, and said the village is fully inhabited with cars parked at the doorstep of virtually every home.

It said alongside the village is a neatly marked all-weather carriageway, which is part of China’s “extensive land grab” in Bhutan. The road could give China access to a strategic ridge in the Doklam plateau.

More in this category: « Nancy Pelosi Lands in Taiwan; 'Consequences Must Be Borne by the US,' Says China Chinese fighter jets, warships rattle Taiwan as drills continue »