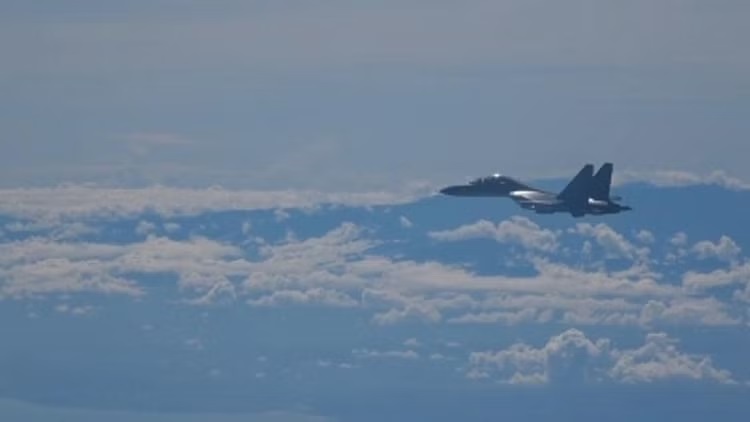 China continued its large-scale military exercises around Taiwan on Saturday, a day after the People's Liberation Army (PLA) sent a "record number" of military aircraft and naval vessels into areas around the island, the Foreign Ministry in Taipei said.

Multiple Chinese aircraft and vessels crossed the unofficial, but so far mostly respected, centre line in the 130-km-wide Taiwan Strait separating the island from the mainland, reports dpa news agency.

As part of its military exercises, the PLA also launched 11 ballistic missiles in Taiwan's direction, one of which flew directly over the island and passed close to the capital Taipei for the first time, according to reports.

Five other missiles landed east of Taiwan in Japan's exclusive economic zone, in a gesture that was widely seen as a warning to Tokyo to stay out of the conflict.

China launched the exercises, which are due to continue until Sunday, in response to US Speaker Nancy Pelosi's visit to Taiwan earlier in the week.

The visit of the highest-ranking US politician to Taiwan in 25 years provoked outrage in Beijing, which claims Taiwan as part of its sovereign territory, despite the island being self-governing since 1949.

China subsequently suspended dialogue with the US on climate protection and on certain military matters, while it ceased cooperation on issues such as the fight against organised crime, drugs and the repatriation of illegal immigrants altogether.

In addition, Beijing imposed unspecified sanctions on Pelosi and her immediate family members, accusing her of "seriously interfering in internal affairs".

More in this category: « China Has Built Watchtowers in Occupied Ladakh Territory: Report Russia Is Holding 'Referendums' in Ukraine. Here's What They Mean »