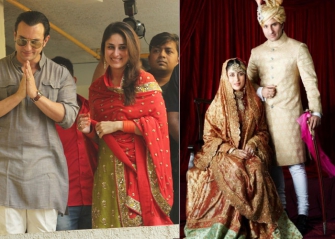 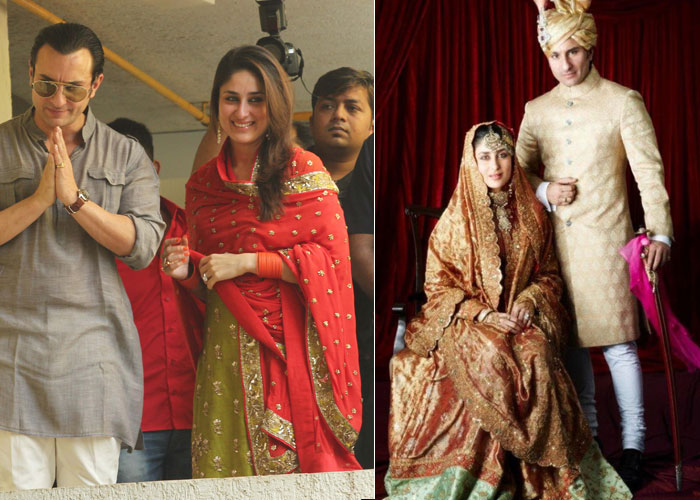 As it is said, love happens anywhere, at any time and with anyone. Love knows no boundaries. So, what if the man you have fell for was earlier married to some other girl?

Same happened with a few of our Bollywood divas as well.They met the man of their lives just to fall in love and many of them are enjoying their marital life to the fullest. No doubt, this has raised quite a few eyebrows, but who cares when you are in love? Here are some of the actresses who fell in love with divorced men.

After dating Shahid Kapoor for a very long time, Kareena Kapoor took the wedding vows with chote Nawab, Saif Ali Khan. The couple was blessed with a baby boy, Taimur Ali Khan on December 20, 2016. Saif was earlier married to Amrita Singh, which lasted for 13 years, and the two got divorced in the year 2003. Saif has two kids with Amrita namely, Ibrahim and Sara.

Vidya Balan married Sidharth Roy Kapur, the CEO of UTV network on December 14, 2012, which was a private affair. Sidharth was divorced twice before marrying this ‘oo laa laa girl’. The couple has been enjoying the marital bliss and are going strong.

After breaking her engagement with Abhishek Bachchan, Karisma Kapoor walked down to her childhood friend and Delhi-based industrialist, Sanjay Kapur, who was earlier married to Nandita Mehtani. Sanjay and Karisma had a grand wedding ceremony on September 29, 2003, which became the top news of Bollywood then. The couple has two kids together named, Samiera Kapoor and Kiaan Raj Kapoor. Their relationship went kaput and they parted ways in 2016.

Shilpa Shetty dated Raj Kundra for two years before he decided to break his marriage with Kavita to marry this silver screen goddess. They both got married on November 22, 2009, and it was in a true sense a ‘Big Fat Wedding’. They have a son together named, Viaan Raj Kundra.

Pardes girl, Mahima Chaudhry had a quick decision to marry a father of 2 sons, Bobby Mukherjee. Mahima and Bobby had a private marriage and all of us didn’t even get to see her wedding pictures. They soon announced Mahima’s pregnancy after the marriage and became doting parents of a cute baby girl, Aryana Chaudhry.

Raveena Tandon who often set the screen on fire with her sizzling dance numbers with Akshay Kumar finally married a divorcee film distributor, Anil Thadani. They had a beautiful wedding at the famous Jag Mandir Palace in Rajasthan on 22 February 2004.

After been linked up to Usman Afzal and Sahil Shroff, Amrita Arora finally married a divorcee Shakeel Ladakh. The couple tied the knot on March 4, 2009. Ever since their wedding, the relationship between the two is getting stronger. Together they have two sons namely, Azaan Ladak and Rayaan Ladak.

After being involved with Kelly Dorjee for about 8 years, Lara Dutta eventually got married to Mahesh Bhupathi on February 16, 2011. They had a lavish destination wedding in Goa. Lara and Mahesh became proud parents to a baby girl in January 2012. Before marrying Lara, he was earlier married to Shvetha Jaishankar.

The ‘Hawa-Hawai’ girl of Bollywood fell in love with Boney Kapoor who was the producer of the movie Judai, while shooting for the same. The couple walked down the aisle on June 2, 1996. To marry this diva, Boney had to legally divorce Mona Shourie Kapoor. Boney and Sridevi together have two daughters, Jhanvi Kapoor and Khushi Kapoor.

After dating each other for quite a long time, Rani Mukerji and filmmaker Aditya Chopra tied the knot on April 21, 2014. It was a hush-hush ceremony that took place in Italy. Now, both of them have a little princess and have named her Adira. Aditya Chopra was earlier married to Payal Khanna, who was known to be his childhood sweetheart.

More in this category: « In Bollywood, it’s survival of the fittest Ali Abbas Zafar to Shoot Super Hero Film With Katrina Kaif »