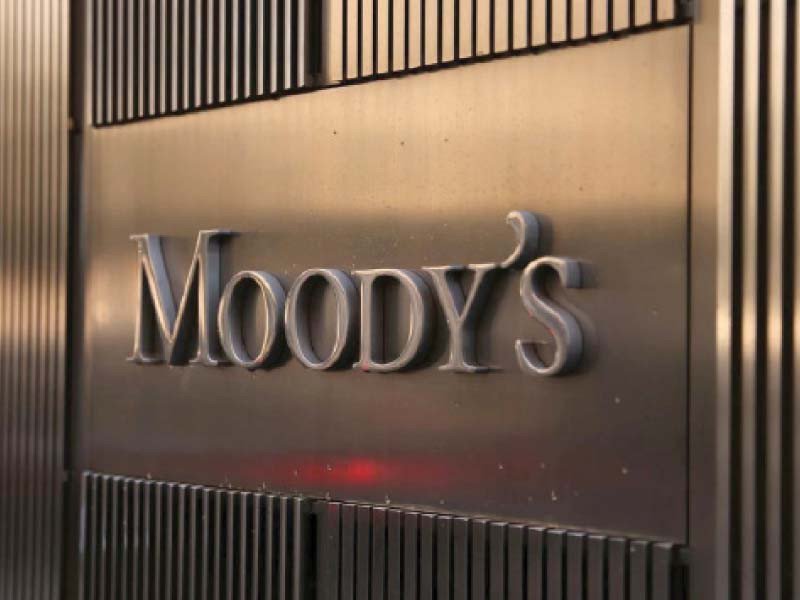 KARACHI:Moody’s Investors Service has downgraded Pakistan’s credit rating outlook to negative from stable on fears the global commodity prices will remain elevated, which will continue to keep the current account deficit widened and impact the foreign exchange reserves in the current and next fiscal years.

Besides, the domestic political uncertainty ahead of next general elections may also keep the economic decision-making process weak.

The global credit rating agency, however, affirmed the government of Pakistan’s current credit rating at ‘B3’ on strong expectations that the country would succeed in acquiring the required foreign financing from the International Monetary Fund (IMF) and other multilateral and bilateral lenders for FY22 and FY23.

“Moody’s Investors Service has … affirmed the government of Pakistan’s B3 local and foreign currency issuer and senior unsecured debt ratings, the (P)B3 senior unsecured MTN programme rating, and changed the outlook to negative from stable,” Moody’s said in its rating action titled “Moody’s changes Pakistan’s outlook to negative from stable; affirms B3 rating” on Thursday.

“The affirmation of the B3 rating reflects Moody’s assumption that Pakistan will secure external financing, including through the conclusion of the seventh review and subsequent reviews under the IMF EFF (Extended Fund Facility) programme and avoid a balance of payments crisis.”

The decision to change the outlook to negative is driven by Pakistan’s heightened external vulnerability risk and uncertainty around the sovereign’s ability to secure additional external financing to meet its needs.

Moody’s assesses that Pakistan’s external vulnerability risk has been amplified by rising inflation, which puts downward pressure on the current account, the currency and – already thin – foreign exchange reserves, especially in the context of heightened political and social risk, it said.

“Pakistan’s weak institutions and governance strength adds uncertainty around the future direction of macroeconomic policy, including whether the country will complete the current IMF Extended Fund Facility programme and maintain a credible policy path that supports further financing.”

Giving the rationale for the change in outlook, Moody’s said it expects Pakistan’s current account to remain under significant pressure on the back of elevated global commodity prices through 2022 and 2023.

The current account deficit has widened to $13.8 billion since the start of current fiscal year in July 2021 until April 2022 compared to a deficit of $543 million in the same period a year earlier.

In the absence of an equivalent inflow in the financial account, the rapid widening of the current account deficit has led to a large drawdown of the foreign exchange reserves.

“According to data from the IMF, Pakistan’s foreign exchange reserves have declined to $9.7 billion at the end of April 2022, which is sufficient to cover less than two months of imports. This compares with the $18.9 billion of reserves at the end of July 2021.”

Moody’s projects the current account deficit to come in at 4.5-5% of GDP for fiscal 2022 (ending June 2022), slightly wider than the government’s expectations.

As global commodity prices decline gradually in 2023 and as domestic demand moderates, the ratings agency expects the current account deficit to narrow to 3.5-4% of GDP.

The decision to affirm the B3 rating reflects Moody’s assumption that, notwithstanding the downside risks mentioned, “Pakistan will conclude the seventh review under the IMF EFF programme by the second half of this calendar year, and will maintain its engagement with the IMF, leading to additional financing from other bilateral and multilateral partners.”

In this case, Moody’s assesses that Pakistan will be able to close its financing gap for the next couple of years.

The B3 rating also incorporates the assessment of the scale of Pakistan’s economy and robust growth potential, which will provide the economy with some capacity to absorb shocks.

Moody’s projects Pakistan’s real GDP growth to slow to 4.2% in fiscal 2023, moderately lower than the government’s projections. This compares with growth of 6% in fiscal 2022.

The moderation in economic activity reflects the drag on domestic demand from rising inflation and tightening in monetary policy by the State Bank of Pakistan.

More in this category: « After diluting bidding-clause, Modi govt sold off CEL to furniture-making firm, employees hold dharna Five years of GST: Neither consumers nor states find it 'good' or 'simple' »