Forget China, our competition is Bangladesh now. Only PM doesn’t acknowledge this Featured 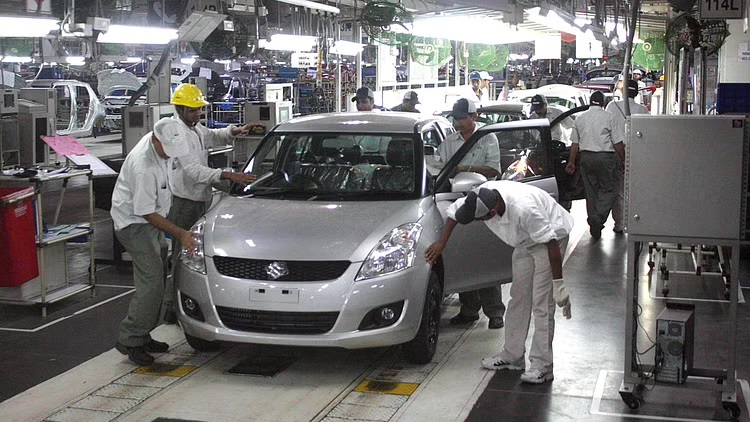 If we don’t talk about the fact that an average Indian today earns less than a Bangladeshi, will the fact vanish? No. But the daily news cycle is filled with jubilation at activists being locked up

The average Gross Domestic Product per person of the world is $12,200 per year. This is about Rs 9.6 lakh per year or Rs.80,000 per person per month. Meaning that if we take the entire world’s GDP, all goods and services and divide it by the world’s population we get the numbers above.

In 2013, Bangladesh’s GDP per person was $981 and India’s was $1,449. This lead has always been present and India has always been ahead of Bangladesh. When after the war of 1971 Bangladesh was born it was seen by many as an unviable state, meaning that it would never be economically productive enough to sustain itself.

The famous American Secretary of State Henry Kissinger is said to have referred to Bangladesh as a ‘basket case’.

The International Monetary Fund (IMF) says that for the foreseeable future Bangladesh is expected to be ahead of India.

Now, a few things need to be addressed. First while all of us here must be disappointed with our own performance we should acknowledge and applaud what Bangladesh has achieved. From being seen as a basket case to going on to become a global champion in garments exports would not have been easy, but they have achieved it.

The next thing to do is to ask where we have gone wrong. This is not easy to do. India does not acknowledge that it is doing badly when it comes to economic growth. If one listens to the speeches of the prime minister or looks at the narrative in the media it is not one that is reflective of the numbers we have seen above.

India is the ‘fastest growing major economy’ and that is the end of that. We have no problems and therefore there is neither the need to reflect on our position and certainly there is no cause to see what needs to be corrected.

If we don’t talk about the fact that Bangladesh has overtaken us then the problem doesn’t exist. And yet it does.

A short time ago the Society of Indian Automobile Manufacturers put out some numbers on domestic sales of their goods for the five years leading up to March 2020. The society concluded that their sector was in a ‘structural, long term and deep slowdown’ and that more research needed to be conducted to find out what was going on.

Because of the slowdown in the sales of automobiles the share of manufacturing in GDP slipped to 13% in 2021 and is probably lower today. Manufacturing is the place where most developing nations compete for jobs. India’s inability to provide meaningful jobs to its people can in many ways be explained by its inability to boost manufacturing. Not just not able to boost it, as the numbers tell us, but not even able to hold on to what we had.

It will interest readers to know that India and China were even in 1991 when we launched what is called the economic reforms. Both nations were at about USD 300 per person in that year. Today the world does not see us as peers. China is a Great Power which in international relations means that it can effectively project its power outside its borders.

It is the primary strategic threat to the USA’s dominance or influence over the world. It is expected to catch up with the US in terms of overall GDP (though not per person) in the next few years. It has according to some experts almost caught up with the US in military power.

When our prime minister attends BRICS or G20 or another forum the assumption is that he goes there in a group of peers. Of course, this is true in so far as we accept that all nations are equal. But in a room where those gathered are aware of their power and of the power of others, the dynamics will not be the same as that of the group photo.

Can this happen in a nation where the daily news cycle is filled with glee at activists being locked up because of their tweets? In my opinion it is not possible, but we do not have to wait a long time to find out. The world is changing at a faster rate than it has in history and our place in the world and our future will be obvious to all before the current decade is over.

More in this category: « Five years of GST: Neither consumers nor states find it 'good' or 'simple' Zuckerberg, Sandberg set to be deposed in Cambridge Analytica lawsuit »